On only his third day in his new job as NSW Labor Leader, Luke Foley visited the Port Stephens state electorate in a show of support for Labor Candidate for Port Stephens, Kate Washington. 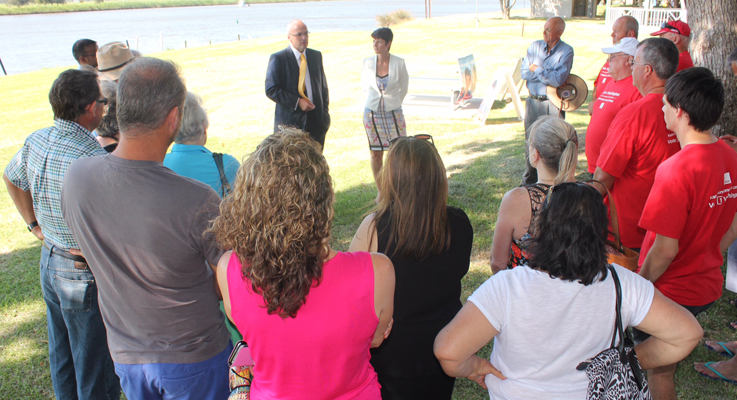 Kate Washington told Myall Coast News, “I was honoured to welcome Luke Foley to Port Stephens for the first time in his new role as NSW Labor Leader.”

“His visit so early in his leadership shows he’s hit the ground running and is deeply committed to this area,” she said.
Mr Foley said that he wanted to come to Port Stephens to show his support for Ms Washington. 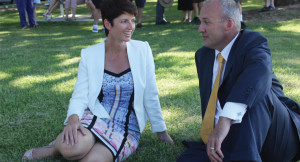 “She’s also been an active member of her community for a long time, so she has a good understanding of the local issues.” 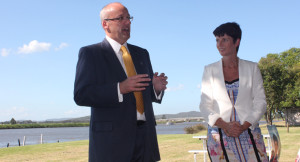 “I will lead a modern Labor Party, one which brings forward positive plans to address the challenges facing Port Stephens and our state,” he said.

Kate told Myall Coast News she is delighted to have Luke as the new leader.

“I look forward to working with him to return Labor to government in NSW,” she said.

The Greens candidate has now been decided by the Party.

Rochelle Flood has thrown her hat into the March State Election ring.

For the Liberal Party, a secret ballot was held last night and the announcement by the Party has just been delivered today
as to who will represent them.

The candidate was either to be Jamie Abbot or Ken Jordan.

Ken Jordan cam out victorious and is the Liberal candidate.

March 12 is the date whereby other candidates may be included within the upcoming State Election.

Let us know what you think about the election and the candidates.