Sneak thieves who stole hay bales used to stabilise sand dunes near Winda Woppa Hawks Nest, have been slammed as thoughtless and antisocial. 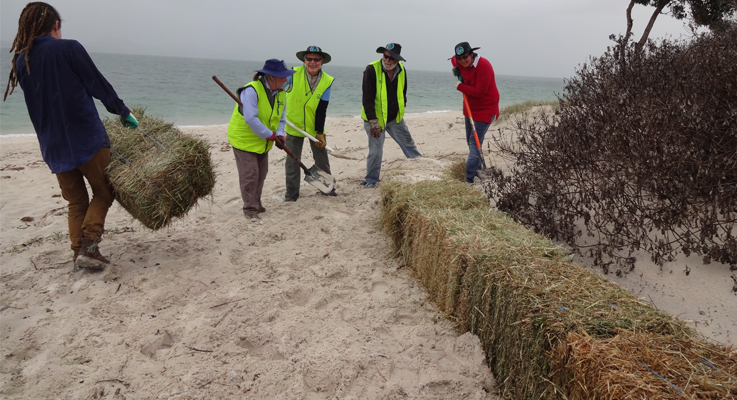 The bales were in a section of about 60 laid over three months up to 17 September.

When the volunteers returned on 14 October to lay more, they found a section of fourteen bales had been stolen.

The bales worth about $100 were supplied by Great Lakes Council as part of its local dune stabilisation project.

Great Lakes Environmental Officer Isabelle Strachan says it wasn’t just that stealing the bales robbed local ratepayers of their hard-earned rates, but that it was insulting to all the volunteers who gave their time to lay them.

“We all want great beaches and healthy dunes but thefts like this make that hard to achieve and are a slap in the face for our hard working volunteers,” Isabelle said.

Anyone with information on the thefts or where the hay might be are being asked to contact Tea Gardens police, who are investigating the incident.