Great Lakes Council is pleased that a piece of our early colonial history will be preserved with the listing of the privately owned Stroud House on the NSW State Heritage Register. 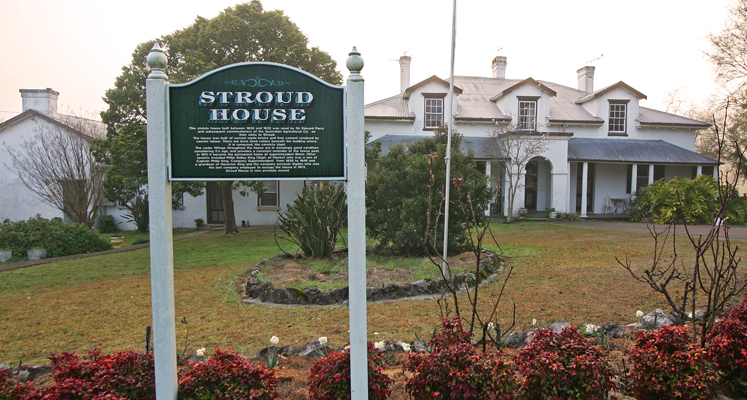 Council congratulates the owners for supporting the listing of Stroud House recently.

“Stroud House was built in 1827 and is recognised as an important example of early colonial architecture, as it has not been altered apart from an early modification in 1833,” said Council’s Manager of Strategic Planning, Mr Roger Busby.

The Australian Agricultural Company took up large amounts of the land north of Newcastle during the early years of white settlement and Stroud House was built using convict labour to serve as the residence of the Company’s superintendents.

The original building was a modest single-storey cottage, but in 1833, Captain Sir Edward Parry had the cottage renovated and extended to accommodate his family, incorporating a second storey and attached servant’s quarters.

Set amongst half an acre of domestic landscaped gardens, Stroud House is a rendered and painted brick building with a corrugated iron roof (early slate roof tiles remain on the servant’s quarters).

The house has front and rear verandahs running its length, an entry portico, three dormer windows to the front elevation and three brick chimneys aligning with the early fireplaces retained within the house. The single-storey servant’s quarters has two chimneys.

“It’s great news for NSW heritage that this building will be preserved. The owners, who are descendants of the Company’s commissioner from 1839 to 1849 (Admiral Phillip Parker King, FRS, RN.), deserve our gratitude,” said Mr Busby.