IT’S just a couple of weeks until the flags go back up on Bennetts Beach so a donation of $5,000 to the Tea Gardens/Hawks Nest Surf Lifesaving Club couldn’t come at a better time. 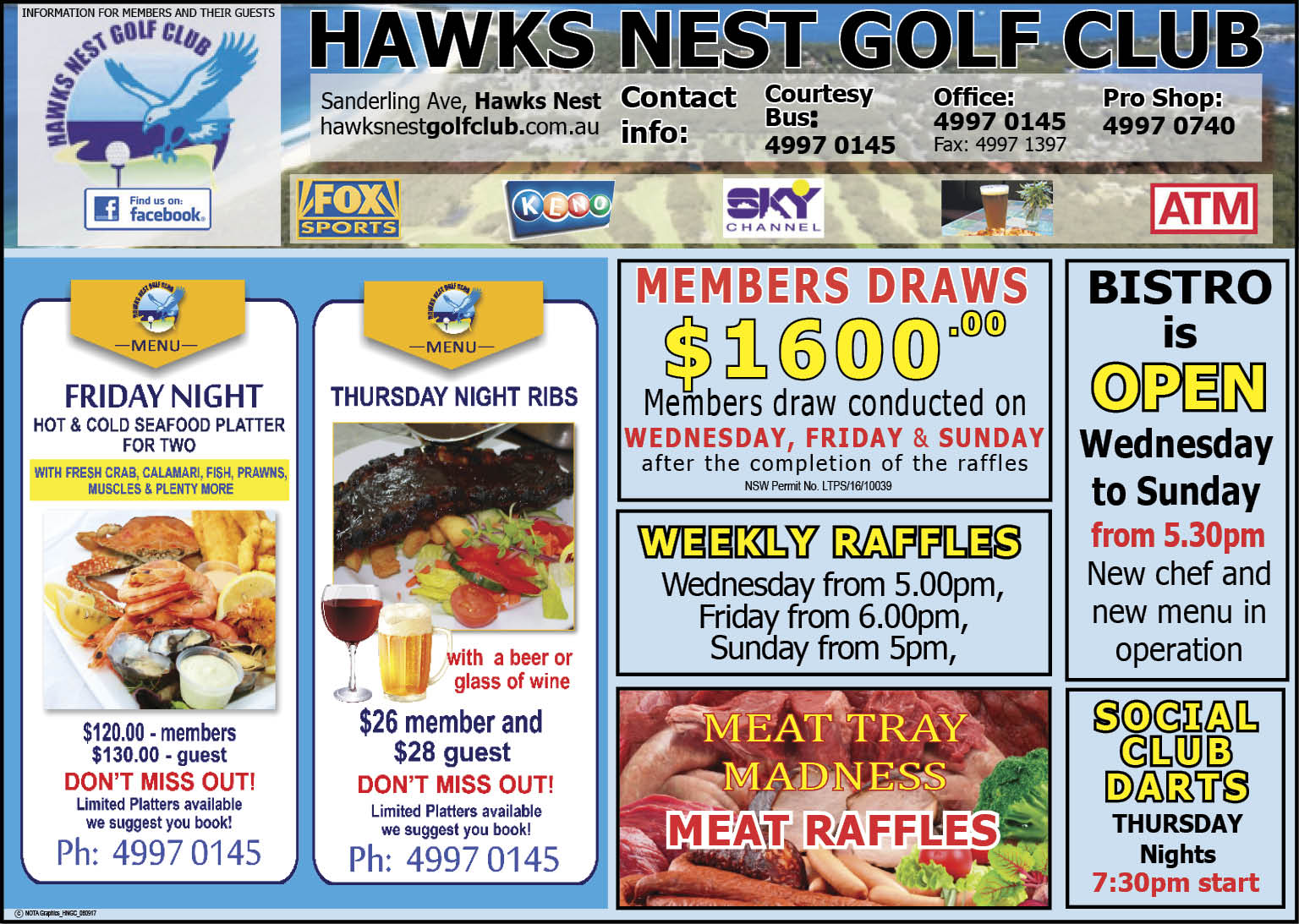 The funds came from a joint venture between the Myall Melodians and the Rotary Club of Myall Coast.

The Melodians donated $2,500 from the box office receipts from a sell-out series of three concerts “A Tapestry of Musical Nostalgia”.

The other $2,500 came from a special raffle run in conjunction by Rotary.

Both the Melodians’ President, Ray Hosking, and the Rotary President, Graeme Dunn, said, “We were thrilled with the result of the joint venture.”

They were equally thrilled with the response from the community to the concerts and the raffle.

“We would like to express our thanks to everyone for their generosity and support.”

Surf Club President Steve said, “This incredibly generous donation will go towards an upgrade of our lifesaving equipment that will include a second defibrillator and a PA system to be carried on our beach rescue ATV.”

“Also, our beach signs are in need of refurbishing which we will now be able to get done.”

Also happy was the major raffle prize-winner of a long-weekend at the Hyatt Hotel in Canberra, local painter and decorator, Daryl Neighbour.

Rotary’s Ian Mackenzie Smith said, “The cast of around 50 Melodians were a joy to listen to and also turned in some hilarious comedy sketches.”

“They are a talented bunch and full credit goes to the Musical Director, Margaret Rowden and the whole production team.”