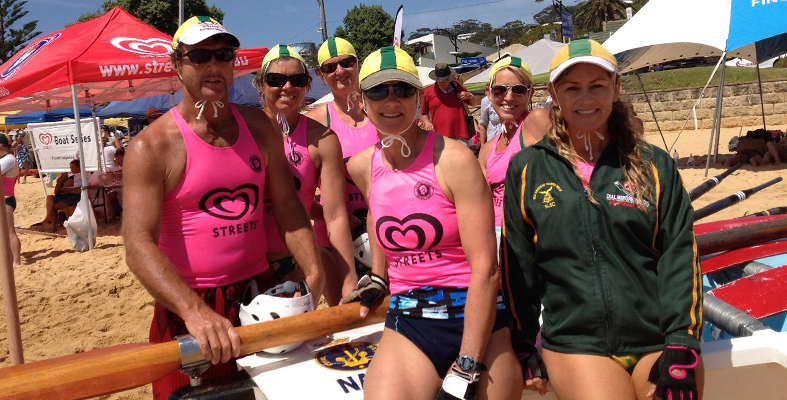 The Series consists of six rounds spread throughout the whole of summer.

One of our local competitors Trina Hellicar, said that both men’s and women’s boat crews have already contested the first two rounds which were held at Terrigal and Stockton.

“Our guys compete in Masters Men, with two teams called the Old Strokers and the ECs,” said Ms Hellicar.

At both rounds, two of the men’s teams have made the finals.

Our local ladies team is called the ‘White Pointers’ and they compete in Masters Women.

“We have only been rowing together for a short time and are steadily improving under the guidance and coaching of our sweep Stephen Howell,” Trina told Myall Coast News.

“I like the sport because it’s a team event and it’s physically very challenging and there’s an element of risk involved,” she said.

The next round will be held at Avoca Beach on 14 December.

Trina Hellicar also said, “If locals want to watch some close racing, not to mention some hair-raising moments, come along and cheer on your local surf boat teams.”