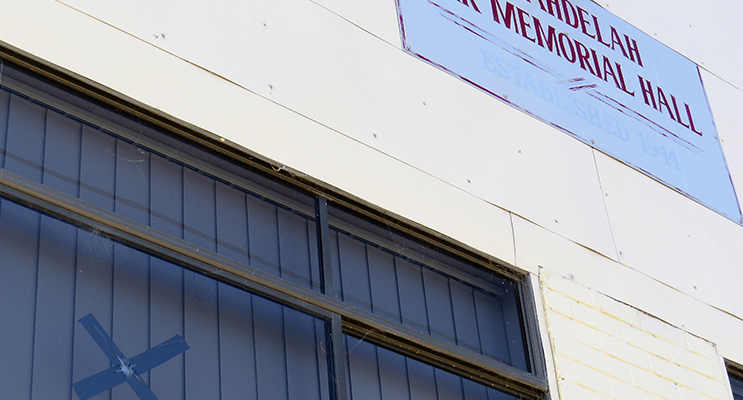 POLICE are investigating damage to windows at the RSL Hall in Crawford Street, Bulahdelah. The damage was caused by objects, believed to be small rocks, which were thrown at the large windows on the front of the building. The objects were thrown with enough force to leave holes of approximately five centimetres