THE Bulahdelah War Memorial Land Managers have announced the second instalment of ‘One plus One’, a series of interviews featuring a variety of locals with different backgrounds and stories.

August’s session is titled ‘Tales of the Ocean’, with the conversation moving from June’s rural theme (The New Age Farmer) to the coast and oceans beyond. 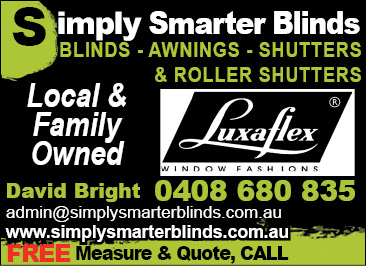 Jeff Carryer from the Bulahdelah War Memorial Land Managers said that following July’s successful event, One Plus One was excited to bring two locals to speak at the second free session.

“The two featured speakers in August will cover vastly different aspects of ocean life, linked through their intrinsic reliance on the skills their career paths provide.

“These speakers are Penny Kealy and Mark Sherif.

“They’re both excited to share their stories with the community,” Mr Carryer said.

Bulahdelah resident Penny Kealy has spent a lifetime on the ocean.

From coastal family sailing with her dad and siblings, to skippering tall sailing ships both overseas and around Australia, Penny has just returned from a 65-day ocean adventure on the Bark Europa where she sailed from South Africa to the Azores.

Mark offers a wealth of experience in ‘all things lighthouse’, and the role they play in keeping all coastal mariners safe.

He has worked on many lighthouses across Australia and was recently recognised for his services to the community with an Order of Australia Medal.

Tales of the Ocean will be presented at Bulahdelah War Memorial Hall on Tuesday 9 August from 7pm.