A START to the sailing season has seen as many as ten catamarans vying for competition points in the waters of Tanilba Bay. 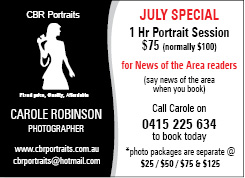 Tanilba Sailing Club is particularly keen to mentor the next generation of sailors and has vacancies for four young people who are keen to become involved.

“It is very much a family thing and a parent must be willing to assist their child with rigging the craft and putting it in and out of the water,” he said.

“Sam Breaden is in charge of the juniors and we have already developed some very promising young sailors,” he added.

Six of the club’s catamarans will travel north to Forster for the ‘Wildcat Regatta’ over the October long weekend.

Those interested in joining the club can contact Mike on 0419 999 785 or call in to the Club on race day each Sunday. The entrance is directly opposite the front of Tanilba Bay Public School.