TANILBA Sailing Club is well and truly into its summer racing season with something of a family feud developing between the brothers Colecliffe. 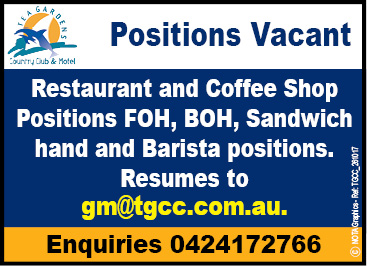 Both are former current state or national champions but the younger sibling (Mark) has beaten his older brother at the last two regattas.

With a brand new sail, Mike thinks that at club level this could very well make the difference as the duo vies for the season club championship.

One Sunday each month is set aside for two races which count towards the coveted title. The Club also looks forward to its annual ‘Big Boat Regatta’ which it hosts each February.

Meanwhile, the next generation of sailors is learning the ropes from more seasoned veterans with as many as nine young local hopefuls training on the six ‘Bic’ sailboats the Club has purchased.

This was made possible with a $30,000 NSW State Government grant. Long time member Sam Breaden was responsible for seeing this process through the web of official procedures.

As many as ten catamarans compete each Sunday. 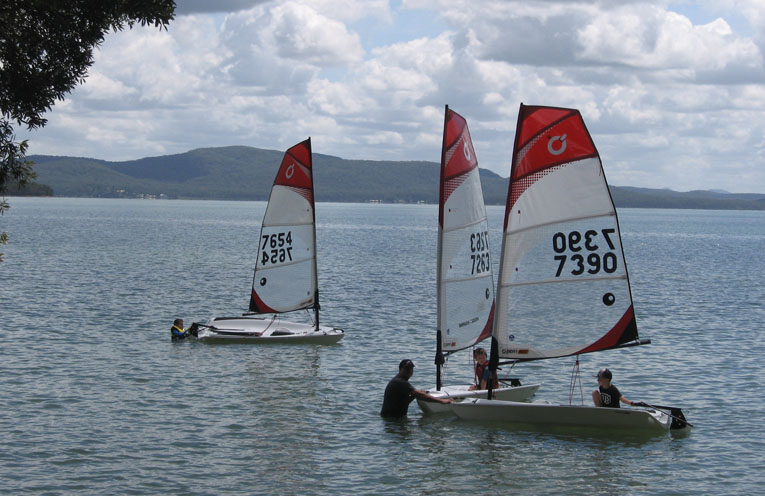