WHAT an absolutely fabulous weekend all members from the Tea Gardens Country Club Fishing Club had during the 13 – 15 September. 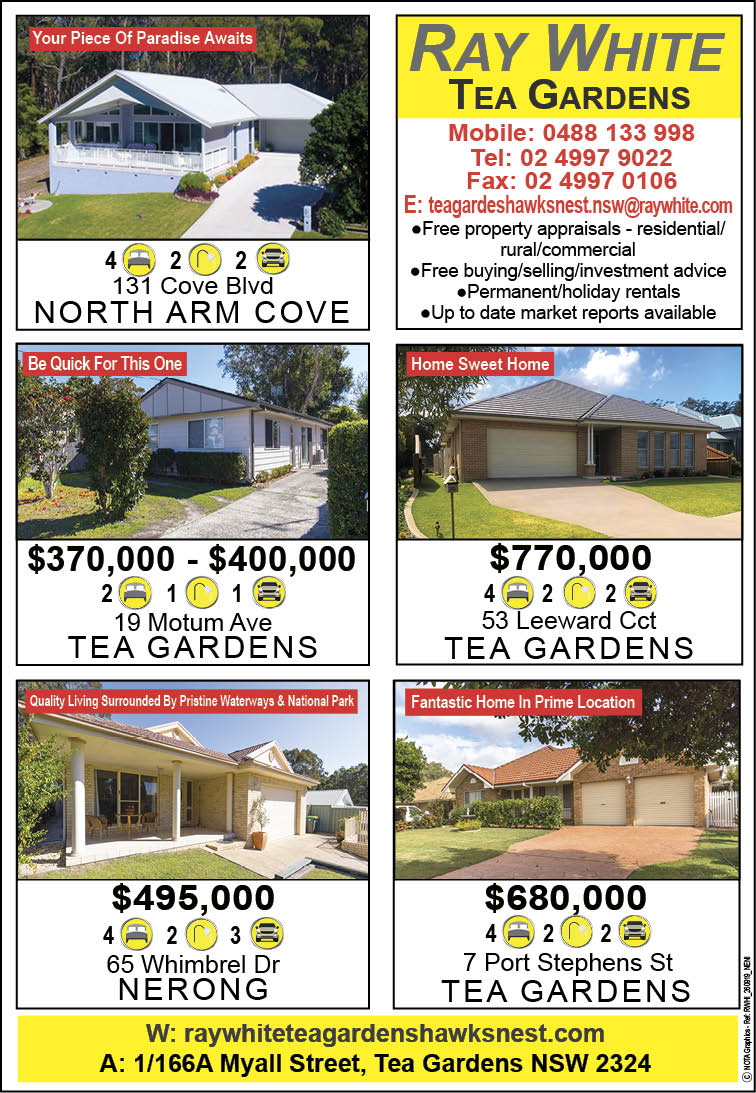 Club Publicity Manager, Luke Boyd said, “The BBQ was just as enjoyable for the members and guests during the fish weigh-in and I also have to mention the great start to the new season with a few members weighing huge fish of many species.”

Junior, Will Markham, caught a massive bream on his new season outing to take the lead for the Biggest Species for the year with a 1.15kg bream that may last the whole season unbeaten.

The ladies division had some very enthusiastic anglers showing off their weekend catches in great style.

Whiting, Bream and Ludrick dominated the scales for all the anglers on Sunday at the weekend weigh-in.

The men’s division was, as history tells, hotly contested with a father and son angling for the outing win. Only one clue at who they are ,but you better be thrift to beat these two with their mixed bags of big fish.

Big Drummer, big Luderick and big Bream were the highlight of the weigh-in and a great Mulloway added the Club’s total.

Luke Boyd said, “It’s been a great start to the Clubs new recreational fishing season and even more impressive is the Clubs angling members and guests attitude in supporting the Fisheries laws. ”

The Outing Winner for the first fishing weekend of the 2019 – 2020 season was Glen Thrift.

He also won the secret fish, a Snapper.

Sean McKeough was the angler to take the win for the Secret Bag weight for the outing with a nice mixed bag of fish.

Mr Boyd said, “The next Tea Gardens Country Club Fishing Club outing will be held on the 11th – 13th October 2019.

So don’t forget to come along and join us.”