Bruce Whitby from Hawks Nest was presented with a cheque for $50,000 last Friday night after he successfully guessed the opening combination in the Tea Gardens Country Club’s ‘Crack the Vault’ promotion. 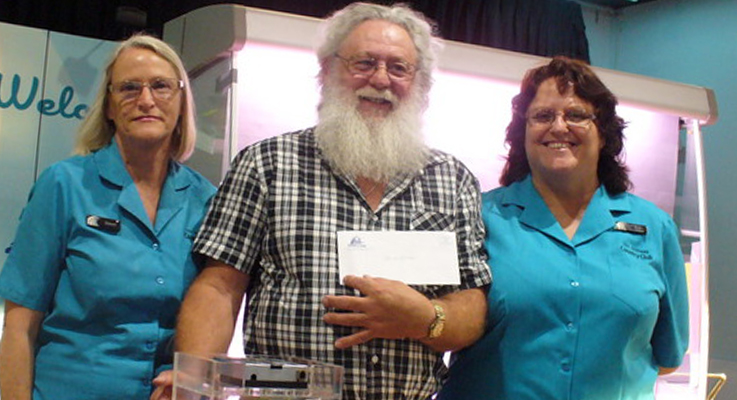 Bruce was presented his cheque by Maria Bennett of Sports Events and Promotions, a Brisbane based company which administered the promotion.

The promotion had been running since early August and was based around selected members drawn from a barrel trying to guess the five number combination of the Vault during the Club’s raffle nights on Wednesday, Friday and Sunday evenings.

Bruce plans to buy a new car with some of his winnings. 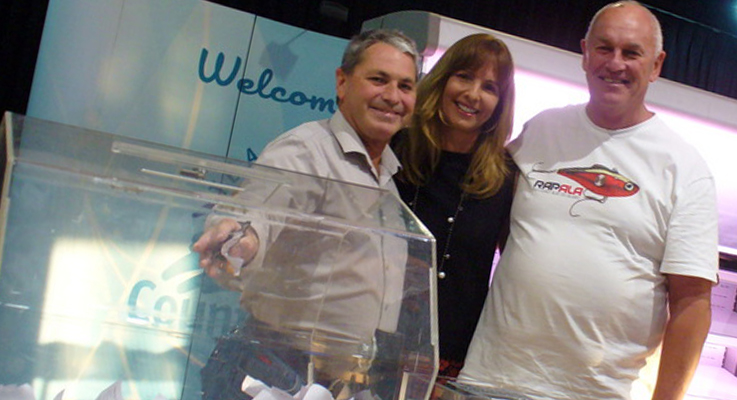 Warren Gooley, General Manager of the Country Club said that the promotion had been a great success in conjunction with the Clubs raffles and multi-Club Superdraw.

“The Club intends to do another promotion as soon as possible for $25,000,” said Mr Gooley.

“Members would only have to match a four digit code in the new promotion-giving them a far greater chance of winning,” he said.

The cash consolation prize of $1000.00, for contestants who had not been able to match the code, was also drawn on the night and went to Michael Johnson.