Monday 20 April and the yearly Mullet run was in full swing with approximately 2000 boxes going through the Fisherman’s Co-op.

A convoy of 4WD’s brought the catch to the Co-op with the guys all pitching in to get the catch to market in the best possible condition.

A majority of the catch went to the Queensland market where they don’t waste any part of the fish according to the local fisho’s.

After a week of very small catches, the mullet schooled up again and headed to sea.

Our local professional fishermen had played the waiting game near Barnes Rock with days of no income.

Karen Fidden of the Co-op said, “The boys were out there in lousy weather spending days with nothing coming, I’m glad for them that they got some today.”

“Every year we have the run and the big mullet sale, it’s a big part of the local economy.”

“We all hope it hasn’t been ruined by this weather.” 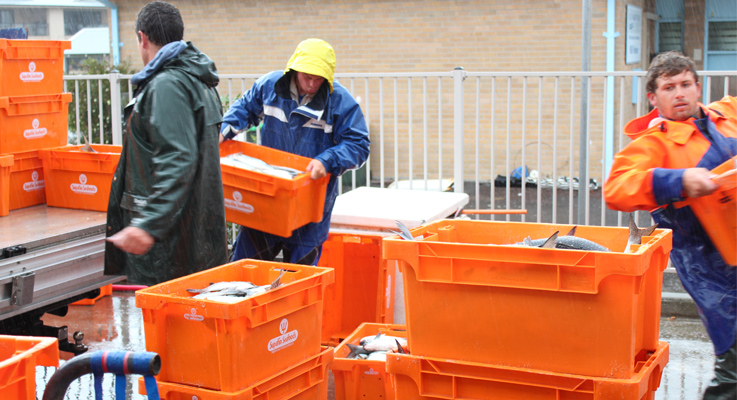 Then on Monday the huge schools of mullet went on the move seaward.

In poor conditions just prior to the storm, the guy’s worked hard to try and turn around a slow start to the run.

The untimely Super Storm has seemingly cut the Mullet Run short this year with the fishermen hoping the big blow and huge amounts of rain have not ended this year’s run prematurely.