THERE’S a new Pelican in Tea Gardens, but you won’t find him atop a pole or plying the river for supper. 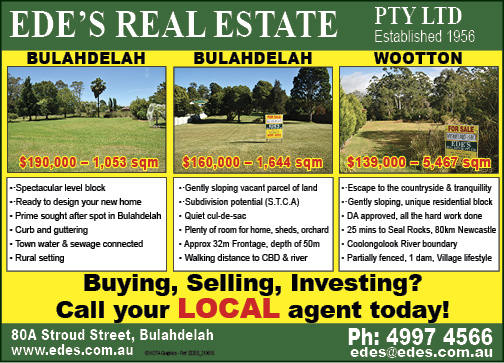 PK the Pelican is a larger than life work of art which now graces the outside wall of the Tea Gardens Hotel.

The unveiling and naming of PK was held at a special afternoon champagne launch in the gardens of the hotel.
In the end there were three prize winning names for the pelican.

The third runner up was Peli-Flyn, ‘The Duchess’ was second runner up in the naming stakes, but it was PK who took top honours.

For Tayla Maree, who’s just completed a degree in medical science, art has always been a big part of her life.

“I’ve always loved artwork, it was what funded me through uni, selling my works.”

The owners of the hotel, Ben and Emily Hanson are thrilled with their new edition to the pub.

“The original K was a fisherman who frequented the front bar,” Mr Hanson said.

“When it came to naming the pelican we wanted it to about the fishing history of the town.”

Tayla Maree climbed a ladder to sign off on her work at the end of the official naming ceremony.

Then it was down to some serious celebrating with a big crowd of locals dancing the afternoon away.