THE beach season is in full swing with four surfboat crews from Tea Gardens Hawks Nest Surf Life Saving Club (SLSC) travelling to Terrigal recently for the opening round of the Streets Surf Boat series. 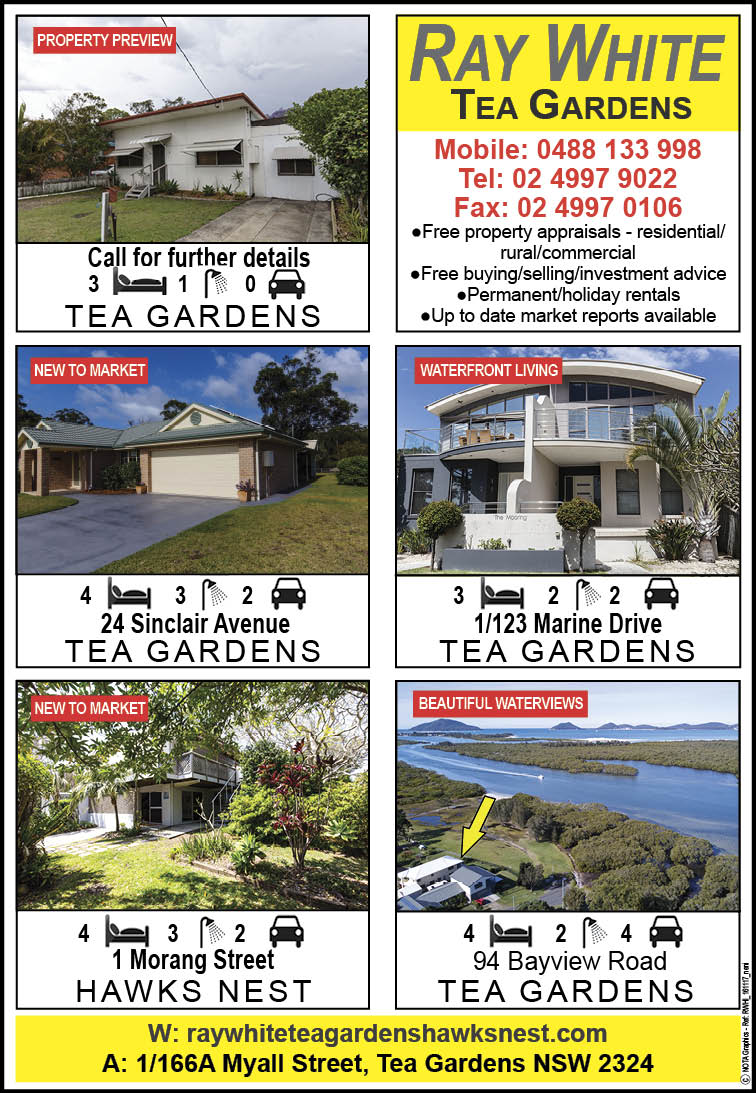 Peter Rogers told News of the Area,” It was an outstanding start to the season for the club and something all the members should be very proud of .”

“The men’s open boat crew swept by Greg Ross was undefeated over the entire carnival, a great achievement considering they were rowing in tricky surf conditions.”

“They achieved first place in all three rounds then an impressive first in the final leading from start to finish.”

The Masters EC’s, swept by James Fitzgerald, had two firsts in their three heats, making the final where they finished fourth.

The Masters Men’s Wannabee EC’s and the Women’s Open Reserves crew, swept by Steve Howell, rowed consistently and competitively all day with the women’s crew finishing second in each of their heats to claim overall second place.

Peter Rogers said, “It was their first carnival with new members in both crews which augers well for future events.”

Megan Purcell, who only just started rowing recently and was in her first surf carnival said, “I had a great day, everyone was so helpful, I loved it.”

All the crews now head to Swansea Belmont this weekend for the second round ahead of the big one at Bennetts Beach in Hawks Nest where crews from Woolgoolga in the North to Umina in the south will compete over the weekend of the Saturday 9 and Sunday 10 December.