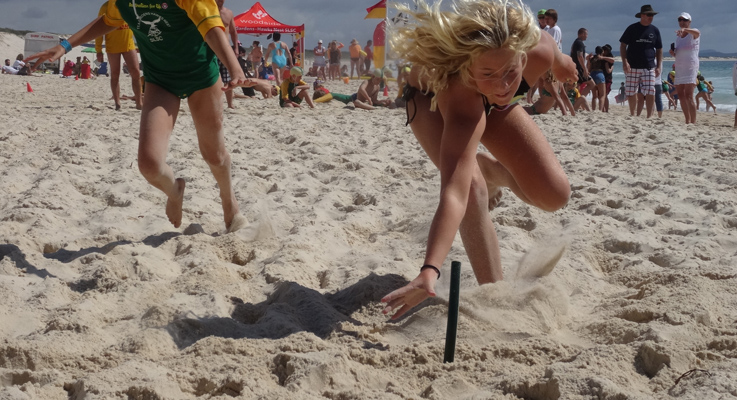 Surf Life Saving accounts for over 5,000 rescues in New South Wales alone as well as well over 400,000 preventative actions.

The Tea Gardens Hawks Nest Club is the first and still the only Surf Life Saving Club in NSW to be awarded GOLD level status in the NSW SLS Quality Club program.

The award signifies compliance across all areas of Club operation from patrols, to training and administration and recognises commitment, teamwork and a high skill level achieved by the club.

“Its a huge accolade to be awarded this level, which is the highest and one that formally recognises best practice operations within all areas of Surf Life Saving,” said club secretary Maxine Cook.

The Surf Life Saving patrols on Bennett’s Beach will be commencing on Saturday 20th September.

“Volunteer lifesavers will be on duty every weekend until the end of April 2015,” said Maxine.

The Surf Club open day is being held Sunday 21st September for anyone interested in finding out anything about Surf Lifesaving.

The directors from all the Tea Gardens Hawks Nest Surf Life Saving Club portfolios, including “Surfboat Competition” & “Nipper”, will be on hand to assist with information, advice and registrations.

Nippers will be commencing for the 2014/15 Season on Sunday 12th October and children can be registered from 5 years of age up to 14.

Special programs are also run for youth between the ages of 14 and 17.