Most Tea Gardens residents and visitors would have seen the top of the sunken houseboat which was moored west of the Singing Bridge as a result of the recent storm event.

After being contacted by the owner’s insurance company, Paul Bendy of Myall Moorings undertook the salvage although it was not in their usual line of work.

The operation took five days of planning and preparation prior to the further work of actually floating the vessel.

There was then a need for the ‘casualty’ of the storm to be taken to a safe berth for assessment. 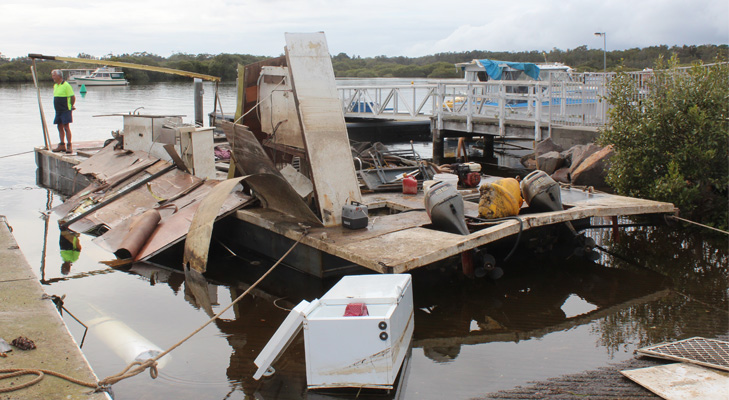 Paul said, “We had to change our game plan several times as there was damage to the integrity of the hull.”

“The bulkheads were damaged and the vessel kept sinking as we attempted to re-float it.”

“Finally, at about 4.30pm on Sunday 17 May we managed to float and tow the vessel to the slip next to Maritime NSW wharf where it awaits further assessment.”