IT was a trip down memory lane as the Lions Club of Tea Gardens recently celebrated its 50th Anniversary. 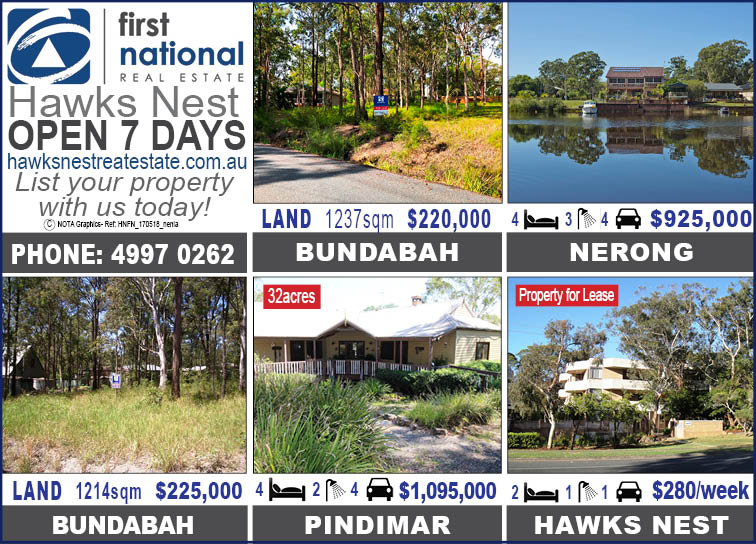 70 Lions, partners and guests including Federal Member for Lyne Dr David Gillespie, marked the occasion with a dinner at Mumm’s on the Myall.

Back when the Lions Club was formed in the April of 1968, one its first achievements was to clear and establishing a picnic area at Winda Woppa around the old mill site.

As you drive into Tea Gardens, you can’t fail to notice achievement, Lions Park up on the hill.

But for those new to the area, its worth noting that the Lions Club raised nearly $15,000 to help build the community swimming pool, another $10,000 went to the establishment of the Men’s Shed.

The Lions also built the transport shed at the Police Station which now houses the Free Clinic Bus.

They also organised a major clean up of the cemetery and raised $36,000 to build the Lions playground near the swimming pool.

And of course where would the community go for breakfast on 26 January, if it wasn’t for the Lioness Club’s great Breakfast Celebrations on the banks of the river in Hawks Nest.

Last month the Lions and Lioness Clubs of Tea Gardens combined forces, but re-assured the Australia Day celebrations will continue as they’ve done for more than quarter of a century.

In the past year, they’ve supported the new PCYC initiative, the Tea Gardens Public School Recycle for Sight Project and the Myall River Action Group.

So hats off to the Lions Club, here’s to another 50 years and keep those sausages sizzling.