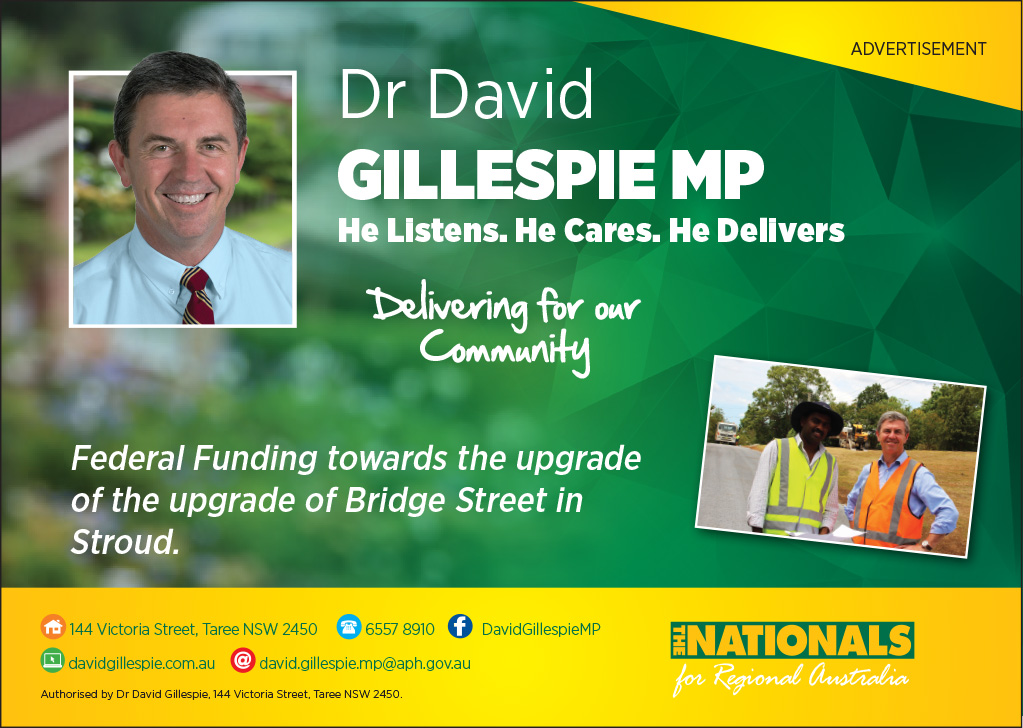 After the dust settled, 4 teams emerged as winning both their games.

The teams skipped by of Dennis Ashbridge, Alan Greenhalgh and Daryl Martin all finished on 56 points but they were topped by the team of Peter King, Peter Gurney and Danny Johnson with 57.

The Myall Bistro voucher was won by Peter King, thanks to our sponsor.

20 April: The usual Friday Open Pairs was replaced today with a fundraiser for the RSL “Home for Heroes” day Twenty-eight bowlers participated and raised a mighty $650.00 for the day.

Daryl’s address was followed by a friendly roll-up and lunch provided courtesy of Ian Baker.

22 April: Despite some rumours, Sunday Bowls is not finished.

After a brief interlude, Sunday Bowls has been taken over by the Men’s Bowling Club and will continue.

It re-commenced today with a bang!

Patron of the Men’s Bowling Club, Gary Melrose, hosted a team of players from the “Duke of Wellington” Social Club.

Despite a few annoying showers it was a beautiful day for a visit from The Duke with a field of 28 players participating.

A draw of the cards found winners and the losers.

A great time enjoyed by all and a promise from The Duke that they will return again next year.

A generous thank you to all who helped make the day enjoyable.