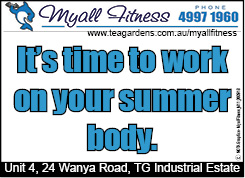 Under leaden skies, the weekly Nominated Triples competition had just a short interlude before the heavens opened up drenching both greens, and the players, in minutes.

I guess we all try again next week.

The rain persisted with the start of the much awaited, Palm Lake Open Pairs today.

With some late withdrawals, the field was whittled down to 19 teams at commencement of play.

There were several visiting teams attending the tournament and if my experience is anything to go by, they could certainly bowl.

The starting time was put back to account for a passing shower and when play did commence it was in the midst of a constant drizzle.

Players on the sodden grass green threw “touch” bowling out the window and had to resort to brute strength to get bowls near the target.

Despite the conditions some good bowls were played with the proven “mud runners” coming to the fore.

The weather cleared during the afternoon to allow some improvement in conditions.

Three games of ten ends were played today with the short-priced favourites opening up a gap on the field.

Overnight showers cleared away today and bright and sunny environment greeted the teams setting out to complete their five matches.

Despite the “outside” entries it was the local teams that filled the top five places.

Two teams finished on with four wins and a draw but it was the team of Karen and Ron Green finishing on top with a greater margin and more ends won than the team finishing second; Vicki Rankin and Sean Mearrick.

Our sincere thanks to our sponsor for this tournament, Palm Lake Resorts for their wonderful support, the organisers from the Men’s Bowling Club Committee, the ladies who supplied lunch on Saturday and all the players who participated.

Let’s do it again next year!

The Selectors are calling for nominations to fill places in our Pennant sides for the 2019 season commencing next March.

Players are encouraged to participate and support our Club.

The Women’s Bowling Club Oncology day is fast approaching and will commence next Friday 19th October commencing with morning tea ta 9.30 am.

More bowling follows the next day with a visit from the Kotara Travelling bowlers.

Players are needed to provide some opposition and to show some Tea Gardens hospitality to our guests.

The next day, Sunday bowls will be joined by a team calling themselves the “Fingal Bay Ferrets”.