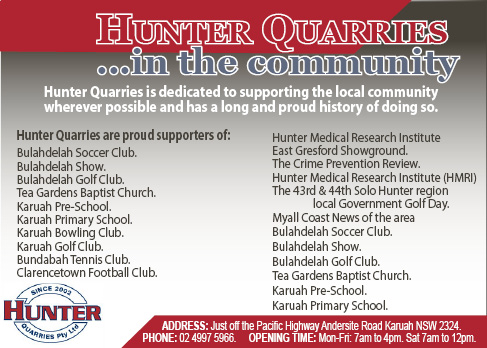 Weather damage to the grass green limited play to only 4 rinks and in some cases, teams had to play the synthetic green twice.

Proven grass performers: Geoff Page, Bill Whalan and Greg Smith, with +13 won on a countback whilst on the synthetic, Kevin Barbie, Barry Goode and Bill Thrift also won with +13.

7 March: The second round of the Newcastle District Pennant competition was played today with the Grade 4 side travelling over to New Lambton and the remaining three sides playing at home.

It was to be a disappointing day for Grade 4 as they were beaten by a measly 4 shots on the master board and after they had won most ends.

The Chris Ross team had a low scoring 14 all draw, and the Stewart Dorahy side won by two shots.

There was good news at home however with the Grade 6 side also playing a New Lambton team.

The Danny Johnson side set up the 10-shot victory with a comprehensive 22-14 win and the Ron Webster side also recorded a nice 18-13 victory.

The Grade 7(1) side also managed a nice win over Stockton after the Doug Naylor team trouncing their opponents 31-16.

The Dave Benson four managed a 14-all draw and the remaining side lost by 8 shots.

Tea Gardens winning the master board, 63-56.

The fledgling Garde 7(2) side made some improvement on last week but still recorded another overall loss to Boolaroo, 47-76.

The one bright spot was a gutsy win by the Stewart Sturrock team 23-21 but the remaining two teams have much to do in improving their consistency.

Far too much is being left to skips to convert ends cluttered with blocking bowls and little, if any, options.

8 March: It was nice to see a good roll-up for Sunday bowls today with all players welcoming the cooler conditions.

In other news: At the time of writing there is a healthy field of 18 teams nominated to contest the Club Major Pairs Championship which will commence on Sunday 15 March.

It is a very classy field and there will be some spectacular bowls played.