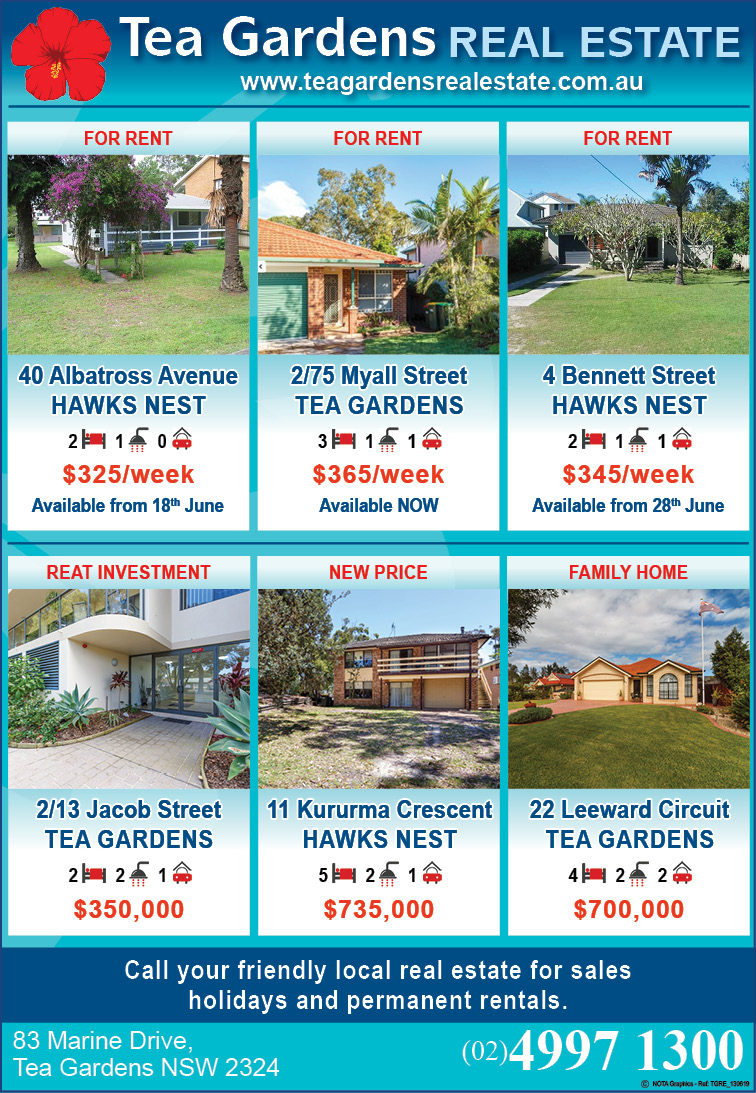 Rain has been a dominating influence on the running of the Club Major Singles with players dodging showers to complete matches.

Last Saturday, 1 June, an attempt was made to play the semi-finals but after one hours play the game was postponed to the next day.

On Sunday, showers intervened again but the players persevered with Jeff Baker winning over Mark Hair, 31-18 and Doug Andrews sneaked a win over Col Saillard 31-27.

7 June: In keeping with tradition, the Club held a post-pennant luncheon to thank the players that competed or assisted in the running of the 2019 Pennant season.

The Myall Bistro did a marvellous job catering for some 50 odd people attending.

It was pointed out that of the 89 members the Club has, 59 participated in playing Pennants.

A feature of the luncheon was a presentation to the Team of the Year.

The Doug Naylor side, playing in Grade 7, managed the task of being undefeated in all their Sectional games and topped of a great season winning their two matches in the Sectional play-offs.

8 June: Under leaden skies, the final of the Club Major Singles was played today between Doug Andrews and Jeff Baker.

Little is known about Doug Andrews other than the fact he has been a member for three years and he did not bowl during one of those.

Jeff Baker, on the other hand, has won the Championship on three other occasions and is to be found always near the top when this event comes around.

The first ten ends had the players even at 7-7.

Jeff made a mini charge putting on 9 shots over the next three ends.

We then saw a “master class” from Jeff Baker where he powered away playing with superb consistency and with the momentum in his favour, won the match 31-21.

The many spectators enjoyed some really fine bowls and both players are to be congratulated on a fine game.

The Club Major Singles Champion for 2019 is Jeff Baker!

In other news: The last of the Club Championship events will be the Club Triples and nominations are open for this event commencing early July.