For some Valentine’s Day is normally associated with red roses and romance, for others it will be remembered for all the wrong reasons. 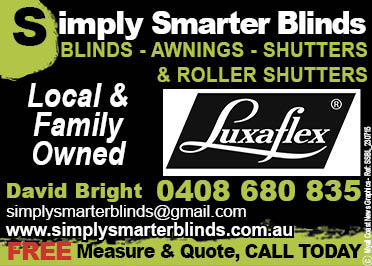 Forty-six players braved the warm weather for 16 ends of Bowls today as the forecast was not favourable for the afternoon.

The weather clock was used to ensure player safety and was frequently referred to throughout the morning.

The winners on the day were Peter Cheney, Tom Short, Graham Kelly and an out of towner, Dennis Ashbridge
They had a score of +32.

The normal barrel and draw prizes were featured with the Myall Bistro voucher going to Pip Sullivan.

Next Wednesday will see the return to Nominated Triples when both greens will be in play.

The day will be dedicated to our past and long-term President Ken McKeown, who is heading off down the road to enjoy a well-earned retirement

Friday Budget Open Pairs was played today and the 14 players were given the privilege to play on the grass green.

After so long on the synthetic it was a little hard to get used to in association with the prevailing easterly playing its usual tricks.

The green is nice and flat and true and the new “Tip Dwarf” grass a delight to play on.

Col Saillard and Ken Devlin won the bragging rights for the day.

The winners were Vaughan Bryant, (one of our new recruits), David Ransome and Julie Kennedy.

The ever reliable Barry Goode and John Atherton organised the lunch.

Player comfort was the order of the day with players required to take mandatory, 5 minute, breaks and to drink plenty of liquids.

The Country Club is ordering the latest temperature/humidity monitoring device which will sound a warning when playing conditions become extreme.

This will replace the somewhat antiquated system which requires knowledge of advanced mathematics and how to work out the “square root on the hypotenuse”.

Beyond our feeble brains!

The Club Minor Pairs are next on the club championship agenda with the draw now completed and with play commencing next weekend Saturday and Sunday 24-25 February.

Currently there are 11 teams entered, a big improvement on last year where the competition was abandoned due to lack of entries.

Nominations are being received for the Club Major Pairs Championship which will commence on Saturday 17 March.