With the distinctive and pleasant aroma of hardwood sawdust in the air, I called in to say ‘G’day’ to the gentlemen who were hard at work last week at the Tea Gardens Men’s Shed. 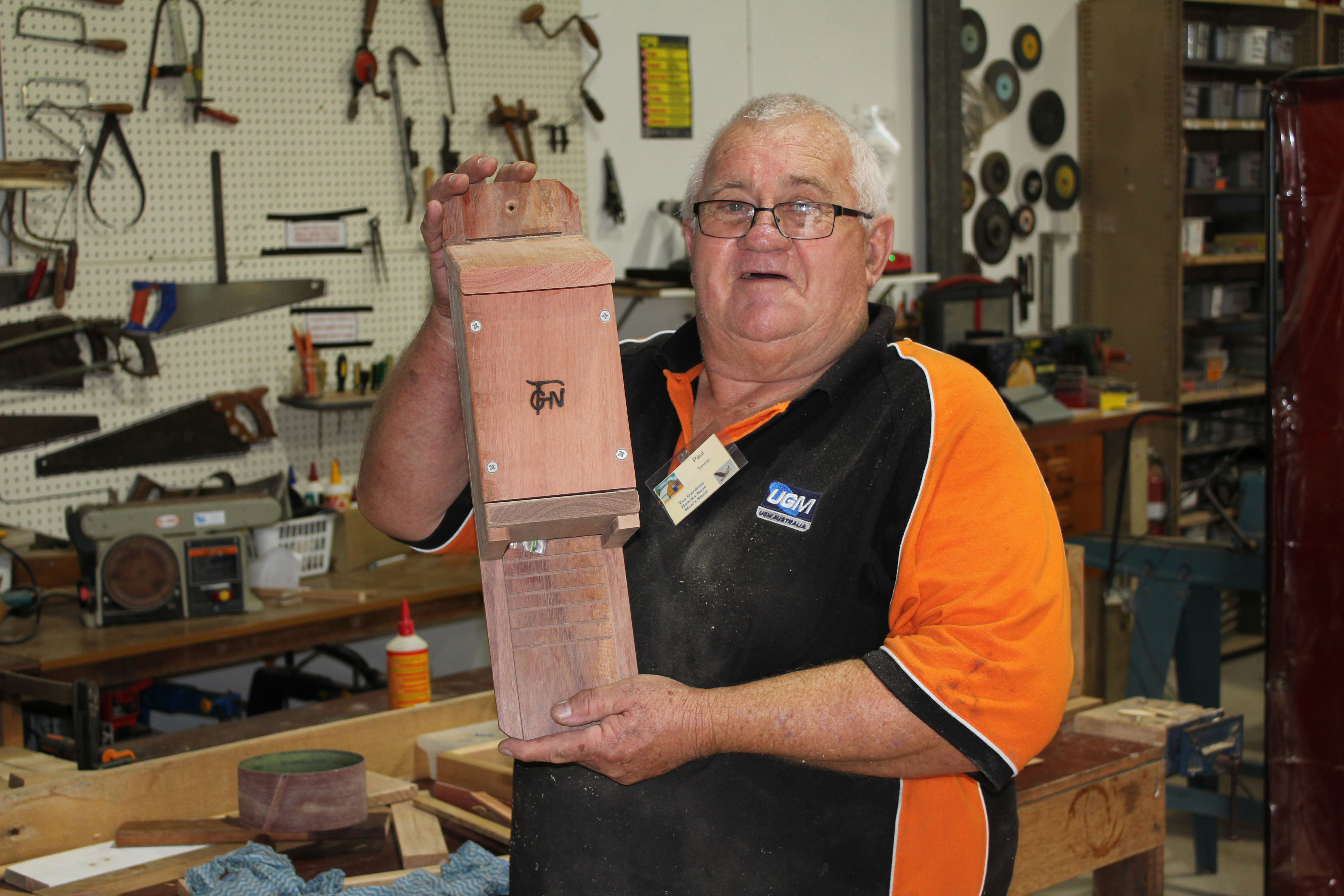 This would be my first visit to the ‘old Tip Shop’ which has been revamped into a mini-industrial workshop housing both woodworking and steel work stations. I can probably say it won’t be my last visit to see what the members are up to, the friendly nature of the gentlemen on hand this particular day left a positive impression in my mind that the community is in good hands with the dedication and drive of the members.

Speaking with Myall Coast News, Tea Gardens Men’s Shed member John Adkins introduced me to the team working away at several projects mostly destined to be utilised by the Tea Gardens and Hawks Nest Communities for many years to come.

Current projects underway include the tree guards featured in last weeks Myall Coast News, and now located along the foreshore on Marine Drive.

Mr Adkins said, “We’ve constructed 8 tree guards already, and have another 15 to complete and of which will be installed by Great Lakes Council”.

“They aren’t all permanent structures for Marine Drive, once the trees they are currently installed to protect mature, they’ll be moved to other locations where new trees are to be placed.“ 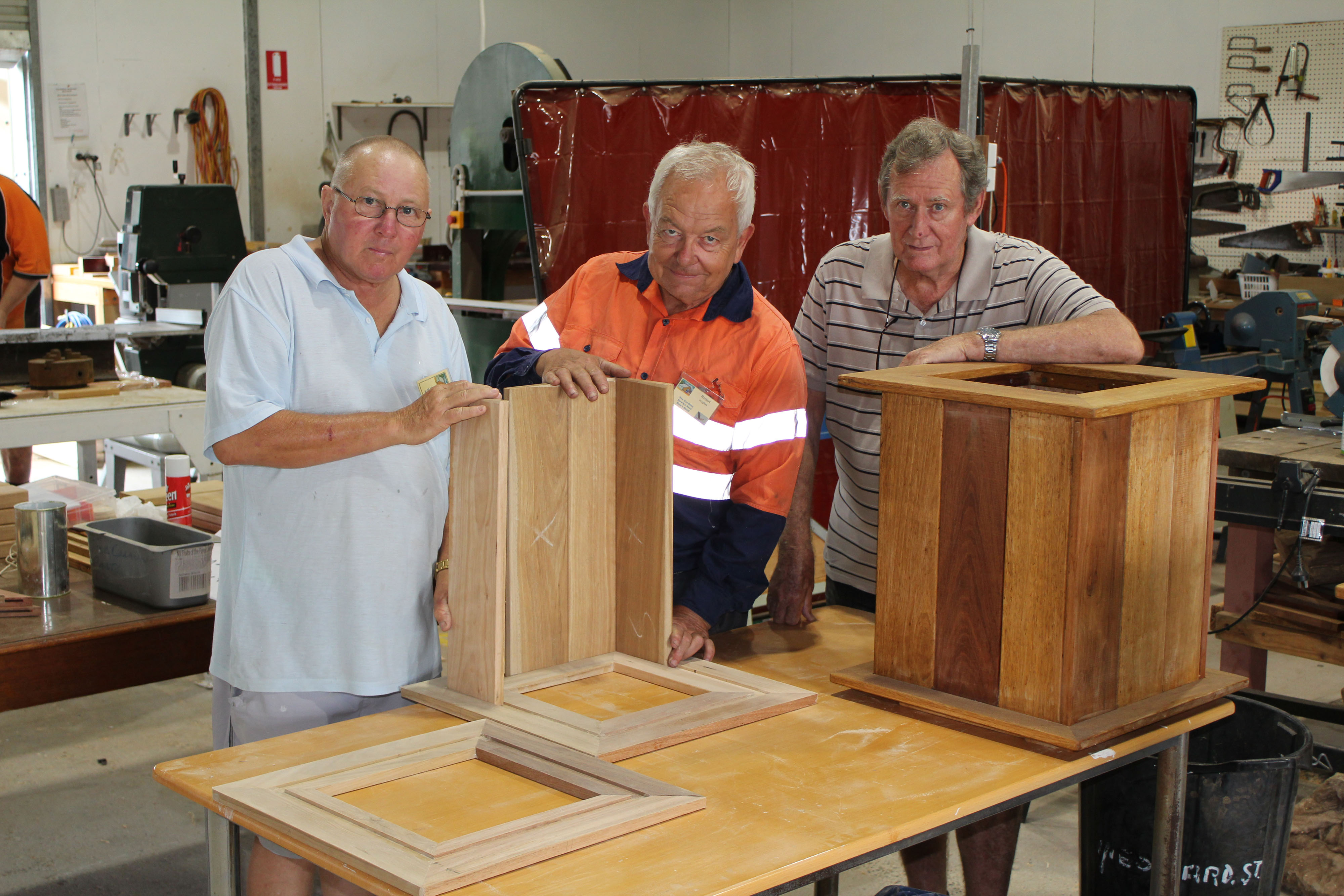 “We do not accept private jobs or projects, instead steering business towards local suppliers that are already located in town,” he said.

Along with the tree guards, members John Sells, Rob Hughes and Noel Pitfield have been hard at work using recycled hard wood to construct a series of Planter Boxes which will be combined with hardwood seating and later located in the Hawks Nest area roughly adjacent to the shops on Tuloa Avenue.

Another popular item built by members are the ‘Micro Bat Boxes’ which are often sold to other areas like for residents in Newcastle and Lake Macquarie.

The Tea Gardens Mens Shed also host some residents from the Manor once a week for a couple of hours, offering them some small jobs to do and an all important ‘man chat’ about everything and anything.

Operating hours are generally from 8.30am to about 1pm on Mondays, Tuesdays and Thursdays and the shed is located at the end of Wanya Road Tea Gardens in the Industrial Estate.

They currently have about 60 members and are always inviting those interested in joining to pop in and say ‘G’day’.