AS reported in last week’s Myall Coast News Of The Area, it was just over a month ago that Premier Gladys Berejiklian came to Tea Gardens promising $1million to upgrade the Tea Gardens Police Station. 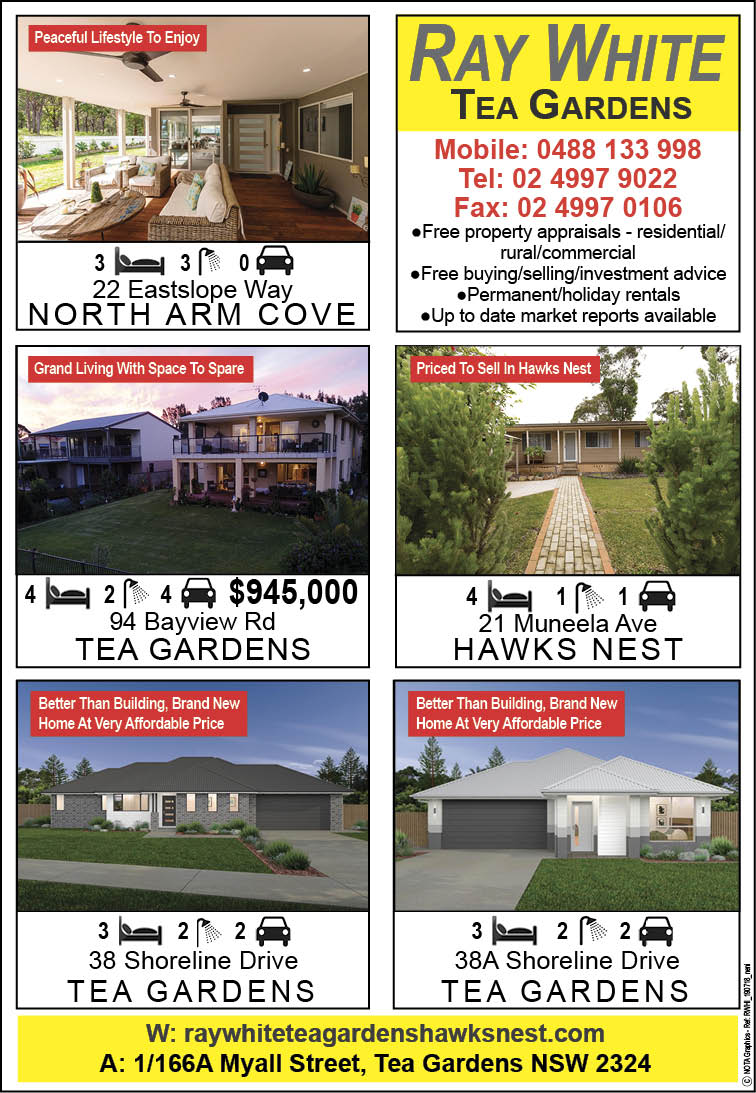 As mentioned in the article we were unable to print the Premier Department’s side to this story due to the paper deadlines, however as promised, we did catch up with Catherine Cusack MLC to seek clarity.

It’s now understood that the $1million funding promise to the Tea Gardens Police Station is in fact in the Budget and no ‘cut’ to the original promise amount was ever occurring.

$117,000 is located within this financial year, with the remainder (of $1M) in estimates for the following year.

“Claims the Premier has failed to fund the $1million upgrade are jaw dropping,” Ms Cusack told News Of The Area.

Ms Cusack said that the comments made by Port Stephens MP Kate Washington were unhelpful and misleading for the Tea Gardens/Hawks Nest community.

“Those comments may have incorrectly allowed the the community to believe that only $117,000 was allocated for the upgrade without explaining any further as to the rest of the information.”

“Comments made, may lead people to think the Government is reneging on the $1million promise, which is simply not the case at all,” Ms Cusack said.

“The Budget is a four year allocation of funds. Projects are cashflowed over time, so the money in the first year is just the funds needed for that part of the project – Planning and design $117,000. For Tea Gardens Police Station the remainder of the $1million will be paid to contractors early in the next financial year when the project finishes.”

“The exact same applies to Nelson Bay Road, since this was brought up by Ms Washington in the story last week.

It is impossible to spend all $70million on a major road upgrade before the March Election. Before you build the road you need to do the surveys and planning, organise the contractors, and minimise disruption to traffic. Even if we closed the entire Road we could not spend the $70million in 8 months. What Ms Washington is suggesting is ludicrous.”

“Your local Tea Gardens Police and the Station are valued, secure and the upgrade is going ahead as promised. It is all good!” Ms Cusack said.

“The Tea Gardens Police Station issue is particularly frustrating because for the past year the level of misinformation has been record breaking. First we had false claims the station was closing which upset the community for no reason. Ms Washington claims to have saved the Police Station even though it was never under threat. Then when the NSW Premier announced the upgrade, Ms Washington claimed she had secured the funding. Now she is telling people there is a massive funding shortfall,” Ms Cusack told News Of The Area.

“It’s frustrating,… It is complete fiction,” she said.

“Your local Tea Gardens Police and the Station are valued, secure and the upgrade is going ahead as promised,” Ms Cusack said.