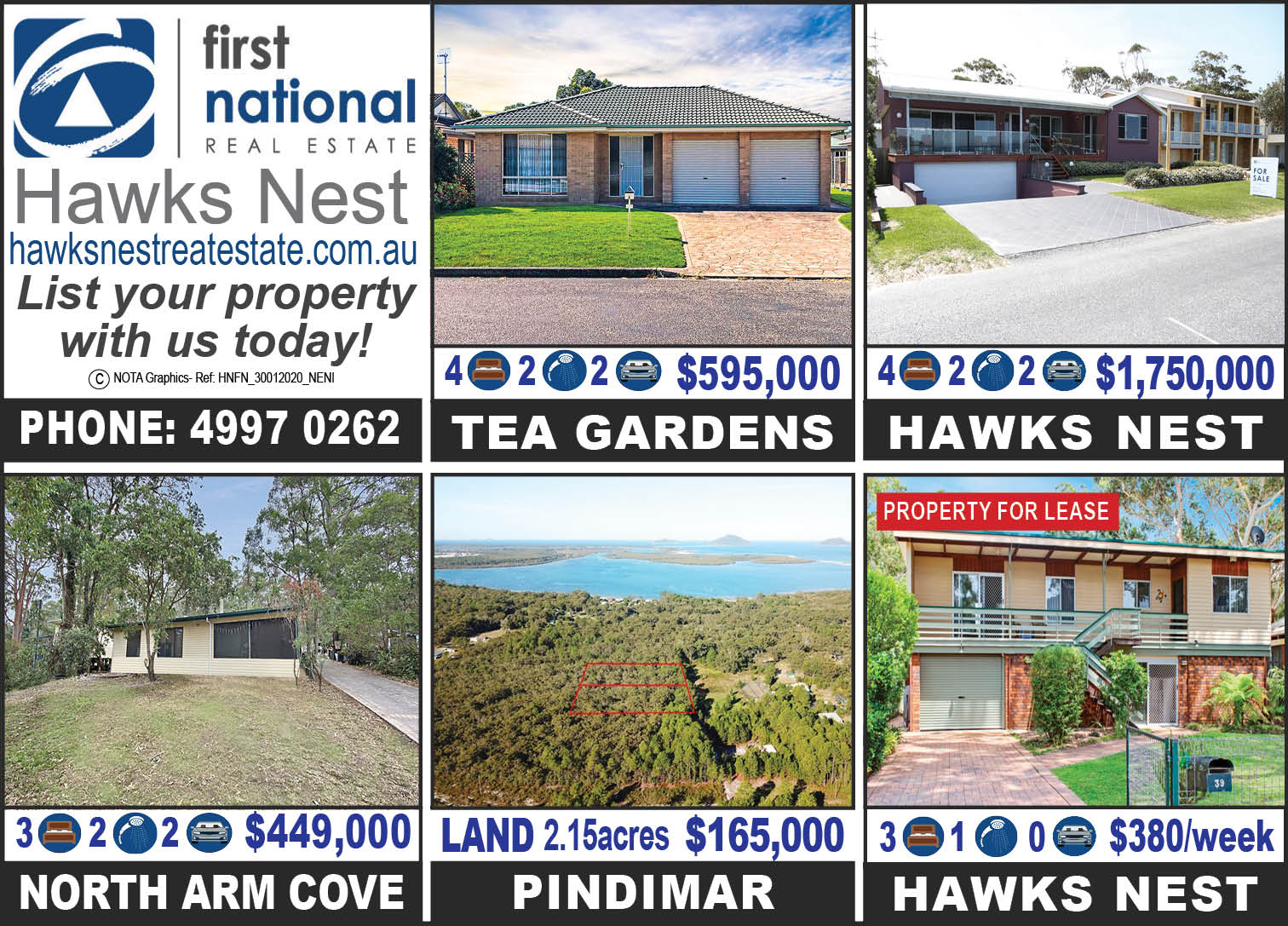 Gladys Berejiklian back in June 2018, at that time being a $1million redevelopment as part of state budget funding.

The NSW State barricades went up when the part of the structure to be upgraded was removed, then on Friday 24 January the new demountable was placed beside the remaining weatherboard Courthouse.

It will only be a matter of days before this new demountable will be “on-line” and in use as services are connected however a definite date for an official handover is to be advised.

The Courthouse itself is a Heritage listed item, as such the Tea Gardens Courthouse and Police residence, Marine Drive remain in place.

The historical value to Tea Gardens of the Courthouse is immeasurable, with the earliest evidence where a request was made for a Police Station and Courthouse to be erected and service the community of Tea Gardens was in 1908, because existing structures on the site were in a dilapidated state.

Regarding the date of the Courthouse it is estimated to be 1910 and the Police residence estimated around 1915 from a time when Police Constables were provided with a boat to navigate the river and Port and an era when activities such as illegal whisky distilleries made from old copper boilers were being discovered and confiscated.

Kate Washington told News Of The Area,” From the outset there has been a lack of transparency here, the Police need proper resources, the Tea Gardens Community deserves these resources and I will be going back to the Premier next week to ask what happened to the million dollars that was promised?”

Councillor Len Roberts said,” This is a fabulous building for Sydney but as the inaugural Chairman of the Local Historical Society, I can say this is not in keeping with the heritage design of the existing buildings.”