Writing stories can easily become an addictive pastime. When you are in the right creative mood and start the pen squiggling, assure me sometimes it’s really hard to stop.

For 15 or so students from Tea Gardens Public School, they have been busy for half the year designing their own books, complete with story lines and illustrations that would make writers of any age group proud. 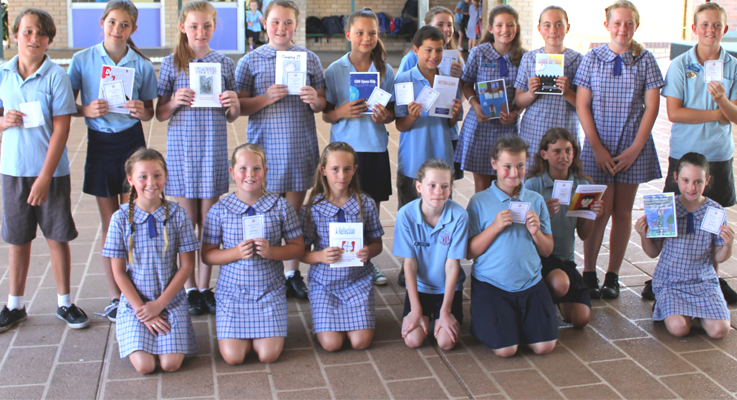 Myall Coast News was fortunate enough to be invited to the schools presentation awards for their budding young writers who have, in my honest opinion, a terrific future ahead of them.
The creative and honest nature of all the stories and books produced by the students involved are really inspiring as to what the next generation are able to offer book worms in the future.
In his address to the students and guests at the ceremony, Mr Ross Weightman described how each of the children utilized time on Friday afternoons to produce each of their books and storylines, and was more than impressed with the creativity and effort put into each of them using a high level of skill involving accurate spelling and grammar, including positive thinking and producing entertaining narratives for fellow students to enjoy.
Members from The North Arm Cove Fellowship of Australian Writers NSW volunteered to judge this years entries and as described during their speeches also, the high level of skill shown amongst the young writers was exceptional.
Speaking with Myall Coast News, NAC FOW member Maureen Kelly said, “It’s just amazing to see such talent at their ages. It is truly inspiring for the future of writing in general as most kids tend to shy away from it.”
“I think one or two of them may have actually taught me a thing or two also,” she said with a smile.
Some of the children produced just one book, while others were really bitten by the writing bug and produced up to three. Overall winner Lily Arum-Laws produced two books, one consisting of an amazing 50 pages of content. 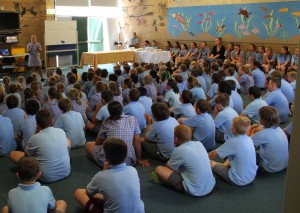