“Mum was still umpiring when I was in her belly,” she said.

“My whole family plays, my aunties, cousins and grandmother.”

The Orara Emus player is one of the region’s sportswomen who play in the weekly Hockey Coffs Coast competitions.

The 18-year-old shared a special moment on the field with her family two years ago.

“When I was younger me, mum and nan played in the same team,” she said.

“Having that opportunity was special for me.”

Lovering has grown up playing with her family since she started playing hockey at the age of 10.

“I love it because my family and the older players used to raise me and mentor me, and I grew up watching them play,” she said.

With such a big influence from her family, the young player said it was logical for her to follow them into the sport.

“I’ve grown up with hockey, I’m good at it, so no point changing,” she said.

“I grew up playing with my family which was a great opportunity,
“I was destined to play.”

And the best advice she has been given by her hockey family?

“Listen to the one person yelling,” she said.

The third round of the Hockey Coffs Coast season was played last weekend at the Coffs Harbour Hockey Complex.

The Hockey Coffs Coast season continues tonight with Round 4. 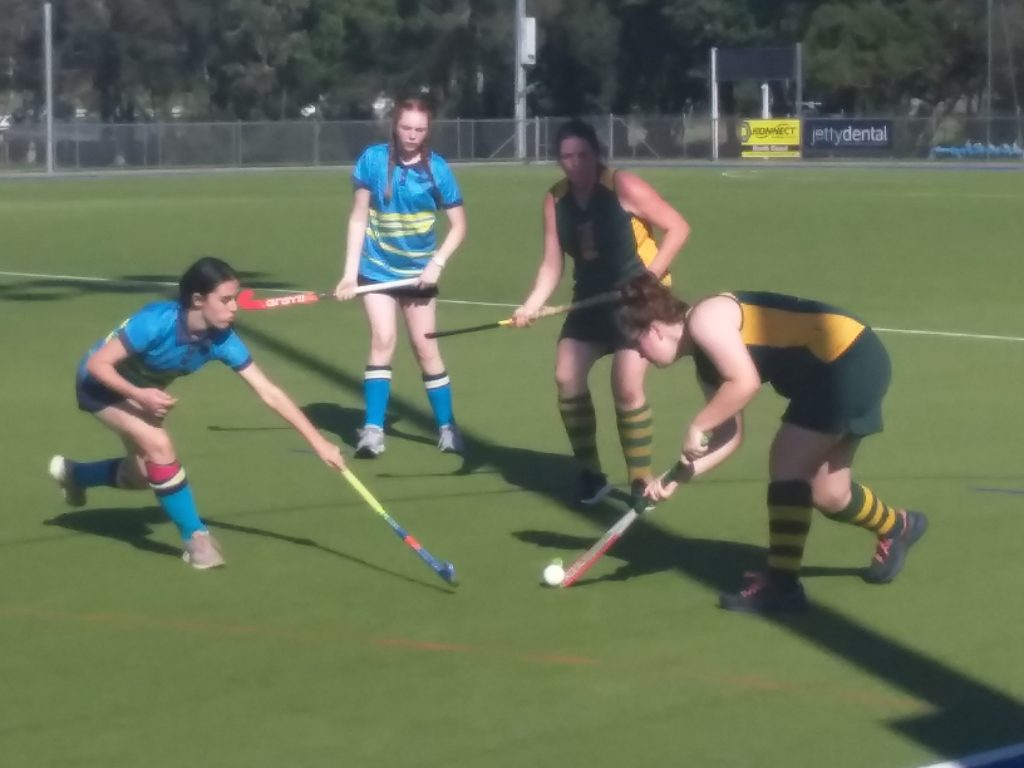