Eager to succeed and making a fantastic name for herself in the modeling, fashion and acting industries, there is one local young lady who is literally going leaps and bounds as she continues to expand her talents and popularity both here in Australia and Internationally. 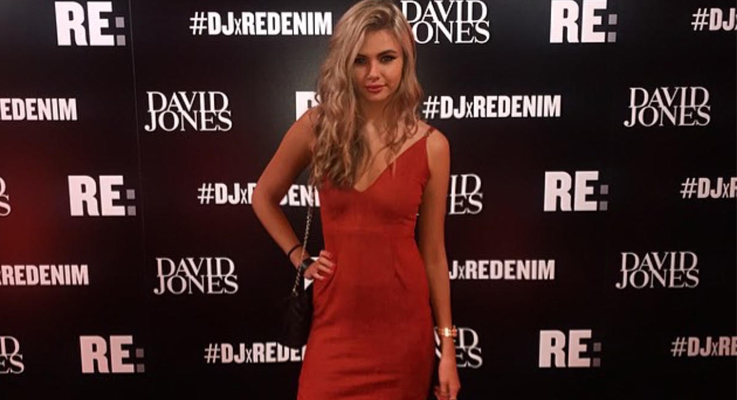 Tahlia Moffitt is a very self motivated 18 year old who has taken the catwalk by storm, and has already worked alongside many industry leaders like Imogen Anthony at prestigious events, such as the Mercedes-Benz Fashion Week in Sydney.

Discovered on social media platform Instagram by an Agency after she attended a Music Festival in Sydney, initially it seemed like a daunting task to both Tahlia and her mother Suzy to launch into the unknown world of modeling.

Tahlias mother recently told the Myall Coast News, “Whilst Tahlia left High School in year 11 and loves to do her own thing and is a real success story on her own, thankfully, London Management Group have taken Tahlia under their wing and have helped guide and manage her into some extremely successful roles.”

“The future is really looking great for her modeling, acting and her own business career,” she said.

Not only is Tahlia a successful model on the catwalk, she is also the face of clothing store ‘Gingham and Heels’ and is regularly away from home modeling their range of female clothing and apparel.

Tahlia has also featured on TV shows such as ‘Home and Away’ where she appeared as a regular extra playing a high school student, ‘The Devils Playground’ and a Holden Commercial.

She has also appeared and had a main role in film clips for Australian Rap Artist ‘Allday’ and also Australian singer-songwriter ‘Zenya’, who has shared stages with industry giants like Justin Timberlake.

If it didn’t appear that Tahlia is busy enough, she has also launched and manages her own business ‘Tahlia J Noir’, an online store offering “Black and white luxury lingerie, swim shoes and accessories from all over the world” according to her website.

Both Internationally and Nationally she is a very popular young lady and is an excellent Ambassador for many other young people trying to break into the modeling and acting industries. With nearly 25,000 followers on her

Instagram Social Networking page, and nearly 1200 followers on her Facebook profile, her career and growing popularity will certainly be in the spotlight for many years.