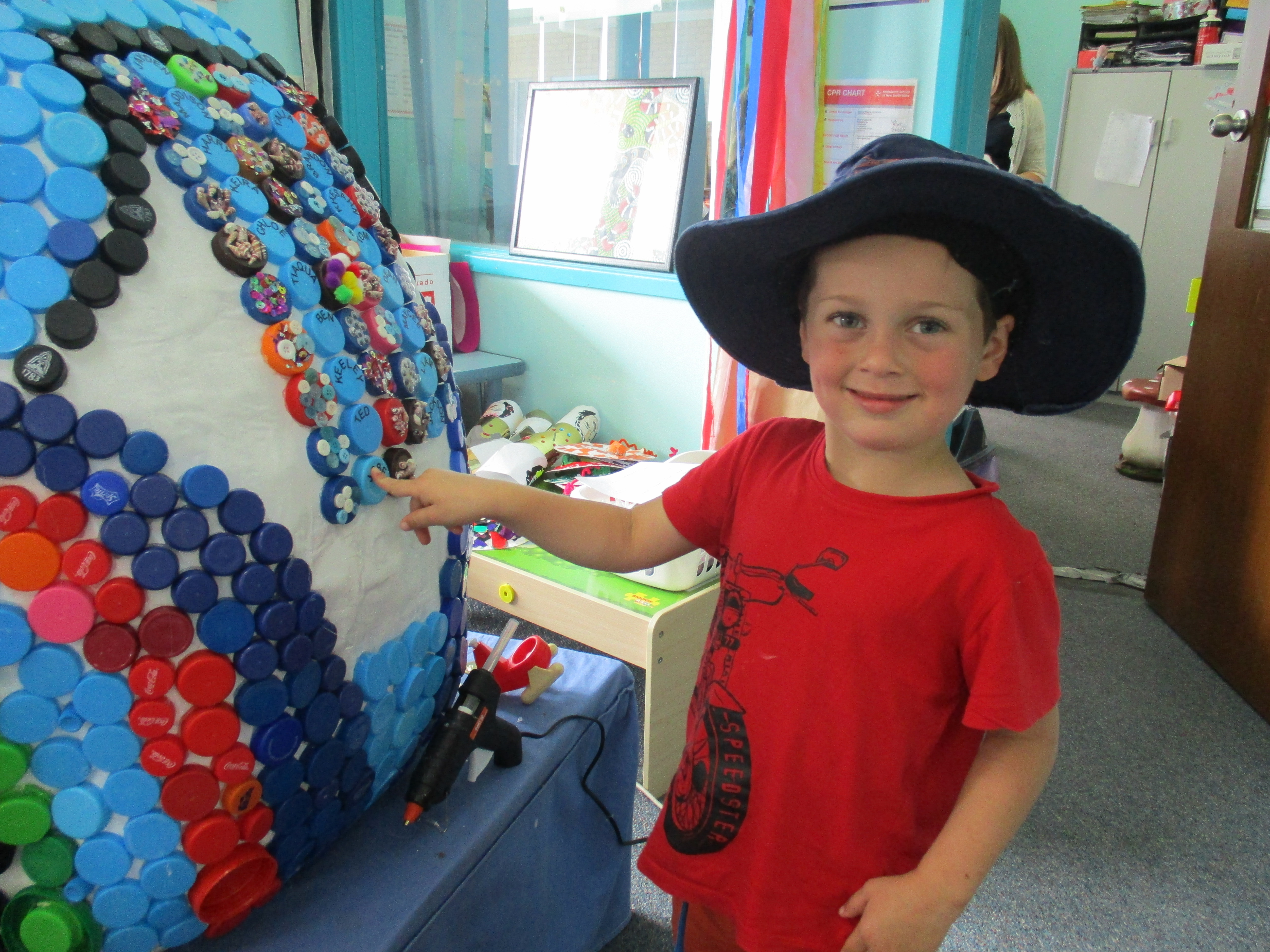 Many people stopped to puzzle over the amount of lids covering the giant papier mâché sculpture which was created by the talented Carey Mason and decorated by Cathryn Gamble.

Around 440 guesses were made during the completion which raised over $800 for the preschool building extension.

Others stopped and enjoyed taking photographs of the koala which was decorated with recycled plastic lids that had been collected by the preschool children for several months.

The back of the sculpture displayed a mural containing lids which each of the children decorated themselves and helped to stick on the week before the festival.

The winner of the competition was Patti Egan of Tea Gardens who guessed 1410, the exact number of lids.

Patti and her husband Ken are looking forward to enjoying their prize, a two night stay at the Myall Shores Holiday Park in a new lakeside safari tent.

Patti said she was very pleased to have won the competition as she has never won anything before.

The Preschool would like to say a big thank you to Myall Shores Holiday Park, Lazy Paddles and Taronga Western Plains Zoo for their generous prize donations as well as everyone in the community who supported the fundraiser.

Thanks also to everyone who helped us by collecting plastic lids.