THIRSTY MERC, one of Australia’s finest live acts will be performing in Coffs Harbour on Wednesday 29 December at the Hoey Moey in another musical coup for the Coffs Coast.

The band’s big break came in 2004 with the release of their self-titled debut album which included big hits – In The Summertime and Someday Someday. 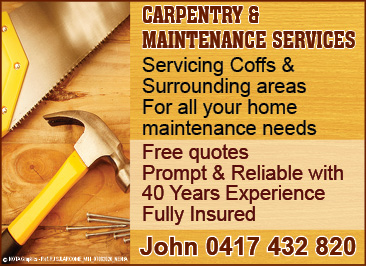 In the Summertime has become an Aussie anthem which celebrates the laid back Australian summer and has been the theme song for Bondi Rescue for 16 seasons and broadcast to over 100 countries.

Thirsty Merc is one of many live acts to play at the Hoey Moey this summer with the House of Blues Festival on 27 November, Lisa Hunt bringing in the New Year with a bang and a pipeline of big name and local acts scheduled through the summer.

With the continual easing of restrictions the Coffs Coast is becoming a mecca for live entertainment as Hoey Moey Events Manager Daniel Whiffen explained.

“The Hoey Moey has always been a great live music venue and a destination for touring acts.

“With the easing of restrictions, it means we can now push forward with our live music plans.

“We work closely with Offbeat Operations to ensure we can bring as many acts as possible to Coffs Harbour and play at the Hoey.

“Kicking off our schedule is the Hoey’s House of Blues all day festival, we have eight Blues acts playing from 12pm, although it’s a free event, tickets are required and can be found at https://www.trybooking.com/BRHQU.

“Next on the list is Thirsty Merc, we welcome them back to Coffs and know they will put on a great show on 29 of December and Lisa Hunt returns to the Hoey as part of our New Year’s Eve celebrations, tickets are available at www.hoeymoey.com.au,” said Daniel.

The easing of restrictions means venues can plan further ahead which is music to the ears for Coffs Coast patrons as the music and hospitality industry continues to recover from the pandemic.

“Offbeat Operations are working on a great line-up of touring acts for us in 2022, so far, we have announced Paul Kelly, Bliss n Eso, Hockey Dad, Hollow Coves, The Black Sorrows, Little Quirks, The Ultimate Tina Turner Show and The INXS Tribute Show.

“We have a long list of touring acts we can’t announce yet but 2022 at the Hoey will be massive for live music,” stated Daniel.