WILLIAMTOWN RAAF Base have been awarded for their efforts in donating blood to the Australian Red Cross. 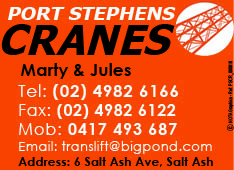 The awards recognised RAAF Base Williamtown’s highest donation of blood and plasma in the region in 2016, sitting at 1190 donations.

It is estimated these donations will save 3570 lives.

The RAAF Base exceeded their original goal of securing 25% of Australia’s blood donations in 2016.

Air Base Executive Officer, WGCDR Amanda Cornell said, “Your support and generosity is commended and I encourage you to continue regular blood donations when the Red Cross visits the Base every six weeks.”

“This is a chance for you have a break from your desk, your email and your phone; lie back, get comfy and roll up a sleeve for a great cause,” Ms Cornell said.

The Base has a quarterly Williamtown Blood Challenge, with their Surveillance & Communications Systems Program Office (S&CSPO) winning the first award for 2017.

S&CSPO members made a total of 33 donations in the first quarter of 2017, which included six off-Base Plasma donations.

The challenge is currently on for other units to equal or greater this number.