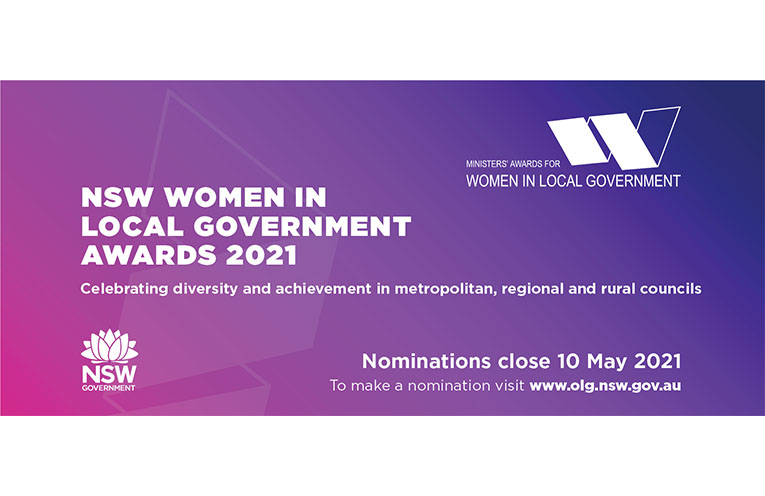 COFFS Coast businesses and residents are invited to acknowledge local female councillors and council staff for their achievements in serving local council by nominating them for a 2021 Ministers’ Award for Women in Local Government.

The awards, now in their 14th year, provide a great opportunity for local communities to publicly acknowledge these women and all that they do.

With council elections in September, recognising the amazing work being achieved by women in the sector also encourages other women to consider a rewarding career in local government.

Presently, women make up only 31 per cent of all NSW councillors, and the Government is committed to increasing female representation so local councils across the State are more reflective of the communities they serve.

Residents and businesses are encouraged to nominate women who are playing a vital role in creating a stronger local council and are making their community a better place to live, work and play.

Nominations can also be made to recognise a council program and senior staff member driving change by supporting and encouraging female participation.

The winner of this award is selected by the Minister, so no nominations are required.

For more information about each award and to make a nomination visit https://www.olg.nsw.gov.au/our-minister/ministers-awards-for-women-in-local-government-2021/.

Nominations close on Monday May 10.