TOMAGO based Ampcontrol has led the charge in innovation, and the company’s ability to pivot and innovate has been recognised. 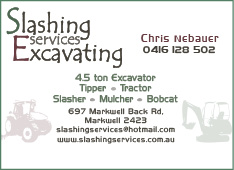 The landmark ventilator innovation project, is one of the most formidable local success stories to emerge over the past six months.

It was in March 2020, that the NSW Government put out a call-to-arms when it became clear that global shortages of vital medical equipment could impact the state’s ability to respond to the escalating crisis.

In September, Ampcontrol unveiled its fully developed ventilator solution, the Ventasys Emergency, reinforcing local manufacturing capability and highlighting a highly-skilled region ready for the next generation of product innovation.

NewieVentures Head of Technology, Heath Raftery told News Of The Area, “The Ventasys project is a fantastic example of what this region can do when bringing disparate minds together and challenging them to think beyond their capability.

“While it was a massive project and an honour to be recognised with the Awards, it’s just one example of our collaborative potential,” he said.

Safearth Managing Director, Stephen Palmer believes that while this collaboration came about through a crisis there are opportunities to collaborate with the same level of focus to deliver solutions because we our businesses choose to do so outside of crisis.

“The Hunter has extraordinary engineers, and opportunities exist to create partnerships where working together the prospects for the future of the region are immense,” said Palmer.

Ampcontrol Managing Director and CEO, Rod Henderson said, “The Ventilator Innovation Project is a true partnership in action; these industry honours recognise and reward the hard work and contribution of so many individuals and groups who have all worked on making this vital health project such a success.

“To turn a concept into a first-class lifesaving piece of medical equipment within such a critical time frame is a testament to our region’s highly advanced capability and skilled workforce.

“The partnership approach adopted to tackle the challenge also demonstrates the industry’s ability to pivot and solve unique problems rapidly.

“We have shown that we can do these things better and more quickly in Australia when there are strong partnerships between business, industry, and Government,” he said.