The Paterson 2015 Citizen of the Year Awards dinner is scheduled for tonight, Wednesday 1 July, at Raymond Terrace Bowling Club.

In early June Mr Baldwin told Myall Coast News, “I will be honouring these citizens personally at the Paterson Citizen of the Year Awards Ceremony accompanied by a special guest.”

Myall Coast News can confirm this guest is none other than the Prime Minister himself, Mr Tony Abbott. 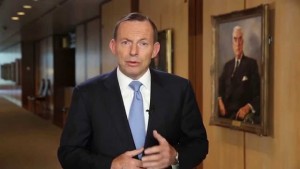 The Prime Minister will also be visiting Williamtown RAAF with Mr Baldwin whilst in the area. The federal government is upgrading the base in preparation for the introduction of the F-35A aircraft, assuring Williamtown retains its position as Australia’s premier fighter training base.