THIRTY-FOUR years of hard work and dedication led to the most significant moment in martial artist, Mr Tony Gillespie’s journey. 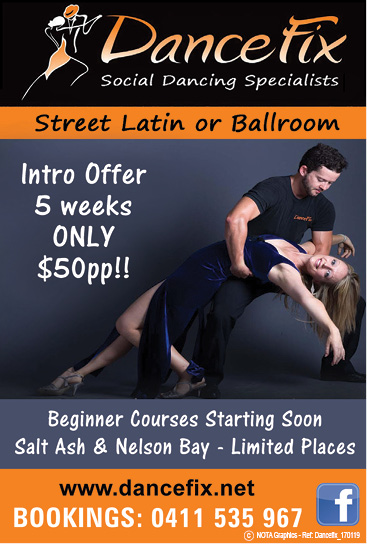 Mr Gillespie, who was awarded Port Stephens Sportsperson of the Year in 2016 has been involved in martial arts since 1985 at age 6.

Celebrating the fifth anniversary of Imugi Martial Arts in Medowie, a School he owns with partner, Ms Kelly O’Brien, there was a surprise for award winning Mr Gillespie.

Mr Palmer told News Of The Area, “It was a pleasure and honour to present Tony with his much deserved promotion and to pass on our ceremonial traditions to his students.”

Mr Palmer spoke of the significant impact Mr Gillespie has had on the martial arts community during his decades of training.

Mr Palmer said, “There are very few people who can walk the walk, and talk the talk.”

“Tony’s intense consistency to which he is able to do this is undeniable.”

Mr Gillespie said, “For me this promotion is an acknowledgment of my life’s work, for my school it is recognition of their level of training and reputation in the martial arts community.”