For many residents of Myall Keys Estate, the traffic flow restrictions in Myall Quays Boulevard near the newly re-named PUMA Service Station are becoming too much to handle. 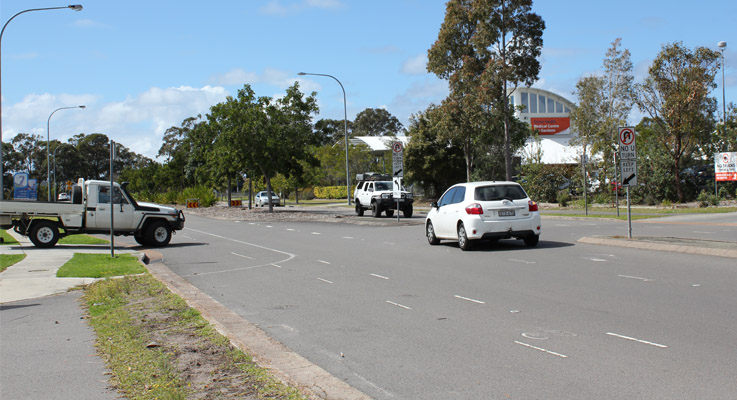 Now with an increase of dangerous driving tactics by some residents and visitors to the area to avoid the run around just to get out of the Boulevard or even gain access to the Service Station, members of the local Probus Club recently discussed the matter with Chairman of the Hawks Nest – Tea Gardens Progress Association, Mr Trevor Jennings.

Also, for residents and visitors who have used the Service Station, they have to venture to the roundabout at the end of Myall Keys Estate, perform a U-Turn and then head back again to Myall Way.

Obviously due to frustration, many vehicles have been witnessed travelling on the incorrect side of Myall Way as they exit the PUMA Service Station to avoid the needless delay on the prolonged alternative route.

For most it would appear that the current traffic flow arrangement was designed to be a temporary instalment, but many years on nothing has been updated.

During a recent Hawks Nest – Tea Gardens Progress Association meeting, Mr Jennings displayed and discussed a temporary roundabout design that he had submitted to council many years ago.

The then Council’s Traffic Engineer refused to take any action ‘based upon the assumption that a four-way roundabout would be constructed by the developer of the Myall Downs residential development, however that developer (Creightons) no longer owns the property and the possibility of the development proceeding in the near future is debatable’.

It was also discussed by those attending the meeting that initial traffic from the Riverside Estate could well worsen the current situation, and a formal request has been lodged with council to again look at the possibility of having a temporary roundabout in Myall Keys Boulevard to alleviate the problem, and increase driver and pedestrian safety in the area.