Two local rugby league teams, the Karuah Roos and the Tea Gardens Hawks will play this weekend in their respective Grand Final matches 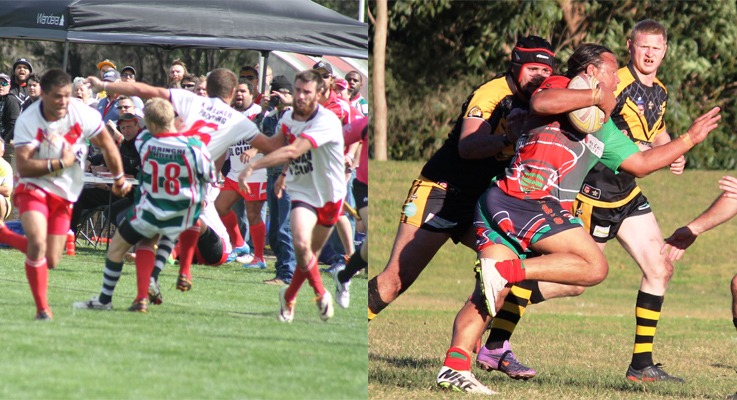 This weekend at Kurri Kurri sporting complex against Williamtown at 10am, the final match of the season is set to be a gruelling game.
Williamtown only recently triumphed Karuah two weeks ago, however the Karuah boys have also beaten this strong Williamtown pack in mid season.
After the game the team will be heading back to Lionel Morten Oval for celebrations and congratulations, no matter how the Karuah team goes.

The Tea Gardens Hawks will attempt to win a third grand final in the space of six years at Kurri Sports Ground on Saturday Sept 13th.
Kick off will be at 1:20pm.

Following a disjointed semi final campaign in 2013, the Club has regrouped to compete in the 2014 decider.
Leading the Hawks charge has been halfback Jeff Wortley, whose work in attack and defence has been a standout.
Brooke Roach’s leadership role has been without equal, his dominance on the park has been a highlight.
Team Captain David Edmonds has been the X factor at the ruck in many games this season.
The return of Matty Cameron and Luke Gilbert to the Club has added starch to the team, and Matt Gilberts re appearance has strengthened the forwards.
John Schultz has been resilient in the second row, supported by workhorse, Nathan Ruse.
Kirran Shearer has stepped up a gear, and has starred in the two lead up semi final appearances.
Club stalwart Trent Murphy has also made his mark in the lead up games with two non stop defensive efforts.
Anthony Cameron and Craig Lee have built a staunch centre combination throughout the season.
Mitchell Baker has made the fullback position is own, with safety first displays.
Cessnock have been the Hawks bogey team this year, winning two games and playing a draw in the final round.
They have a strong forward pack, and slick outside backs.
A supporters bus will leave at 11:30am.  Contact 0429 846747 for details.

Karuah Roos lost, but have one more chance for Grand Final