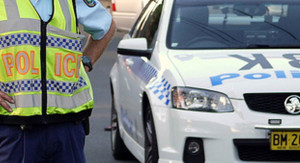 Police found a 2015-model Ford Ranger 4WD utility had left the road, rolled onto its side and slid 85m before hitting a power pole; the pole snapped on impact.

Two men travelling in the utility died at the scene.

The men have yet to be formally identified; however, police are waiting to confirm they are aged 28 and 25, and from the local area.

Masonite Road was closed for seven hours while investigations were conducted.

It was at about 10pm (Sunday 3 July 2016), when emergency services were called to Masonite Road, near the intersection of Cabbage Tree Road, Tomogo following reports of a crash.

Initial investigations suggest a utility was travelling on Masonite Road, when it left the roadway and crashed into a power pole.

No one else was injured during the crash.