IT is with great sadness that I report the loss of one of our respected and valued bowling mates, John Younghusband. 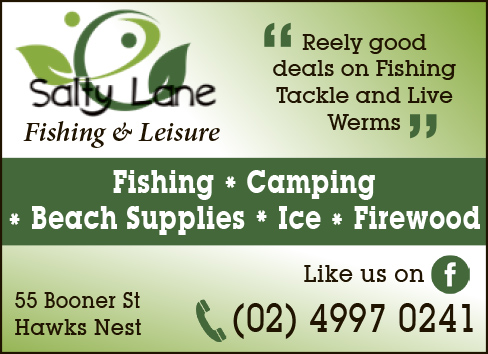 John’s bowling life was one of service to the game of lawn bowls, not only as a competitor, in which he was extremely talented, but as an administrator as well.

In his early bowling days John competed at the highest level in Pennant competitions with great success.

During his time at Tea Gardens he played competition and Pennant bowls until quite recently until failing health intervened.

In conversations with him he was very reluctant about leaving the Club and I know that had his health improved he would have been back on the green.

John’s knowledge of the game was extensive and to many players he was their mentor and coach.

John was also President of the Tea Gardens Men’s Bowling Club and served as Chairman of Selectors at our Club.

John’s life away from bowls was just as accomplished in that he served on the Resident’s Association of The Tea Gardens Grange, he was President of the Hawks Nest /Tea Gardens Probus Club and enjoyed great success in the game of Bridge.

I join with every bowling member of our Club in conveying to Jo and the Younghusband family our sincere condolences at this sad time.

In other news: The timing of this column will mean that members will read about the return to bowling from the Country Club, as it actually happens, next Wednesday, 1 July.

Players will be allowed into the Club, no doubt under strict conditions and there will be some limits as to the number of players allowed on the greens at any one time.

From the sparse information I have available, it is likely that play will be limited to three-bowl Pairs until such time as restrictions are eased.