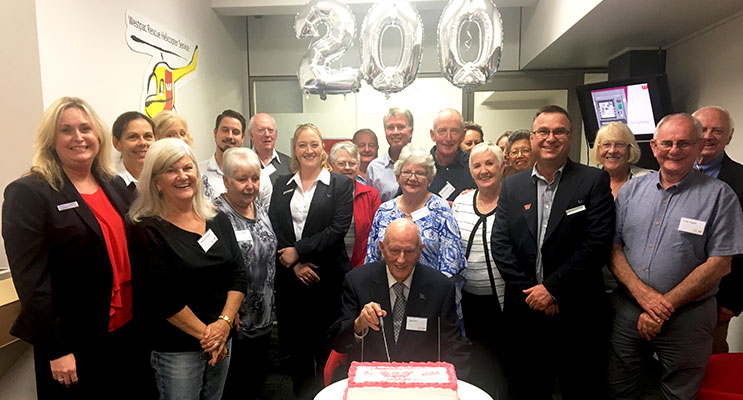 ONLY an elite few can boast being in business for 200 years. Westpac Banking Corporation is one such business.
Formed in 1817, it was known initially as Australia’s First Bank and was opened in Sydney and founded by Governor Macquarie.

The bank was later renamed Bank of NSW and then, in 1982, was named Westpac Banking Corporation.
The Bank celebrated its bicentennial year on 8 April; they are already planning on innovative ways to continue to serve the community for a further 200.
“It is an honour to work for such a well established and respected organisation and we are always looking at ways in which we can best support our loyal customers,” Jason Russell, Bank Manager of the Nelson Bay branch said.
“The high number of parents taking up our current saving initiative and opening an account under the Bump* offer is very encouraging.”
A cocktail party was held at the branch for all past and present bank managers, and between the 30 people in attendance, it was calculated there was a total of 456 years between them.
One such attendee recalled that if you were a male employee in the early days and wished to get married, you had to obtain permission from the Bank and bank managers were issued with pistols, taken to gun ranges for target practice and how to use the weapon, however, at the end of the day, the gun had to be placed securely in the safe.
The branch celebrated with customers the following day by sharing food, drinks, lollies and balloons which were well received by the local community.
Jason told News Of The Area, “The Bank has come a long way in 200 years. It will be interesting to see where the next 200 takes us.”
*More information on the Bump offer can be found at your local branch and online.
By  Mandy ELLIS