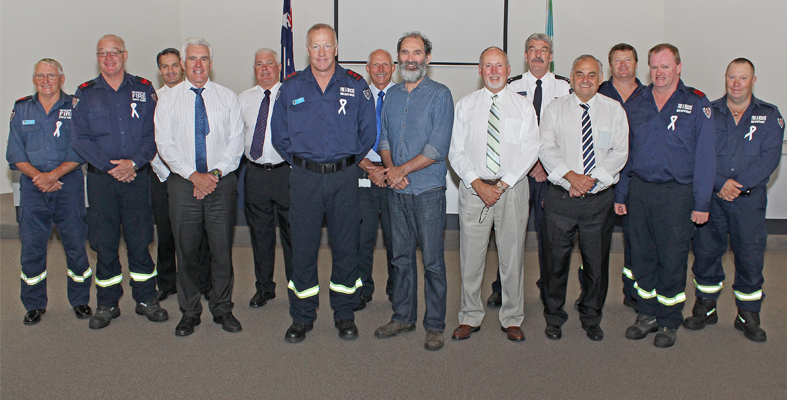 They were joined by all the men present at Council’s Ordinary meeting on Tuesday 25 November and led by Captain of the Fire and Rescue NSW Forster Station, Mr Paul Langley, in making the oath.

Mr Langley said that Fire and Rescue NSW is working towards becoming a leading agency in promoting the campaign with similar gatherings in Taree, Port Macquarie and Coffs Harbour along with other cities across NSW.

“Fire and Rescue NSW, NSW Police, NSW Ambulance, the State Emergency Service, Rural Fire Service and indeed, Council are generally male dominated organisations and by making people aware of the problem we can then acknowledge that violence against women is not OK,” said Mr Langley.

White Ribbon Day originated in Canada in 1991 and is now active in over 60 countries throughout the world.