Markwell Road was well under water and could not be driven on. 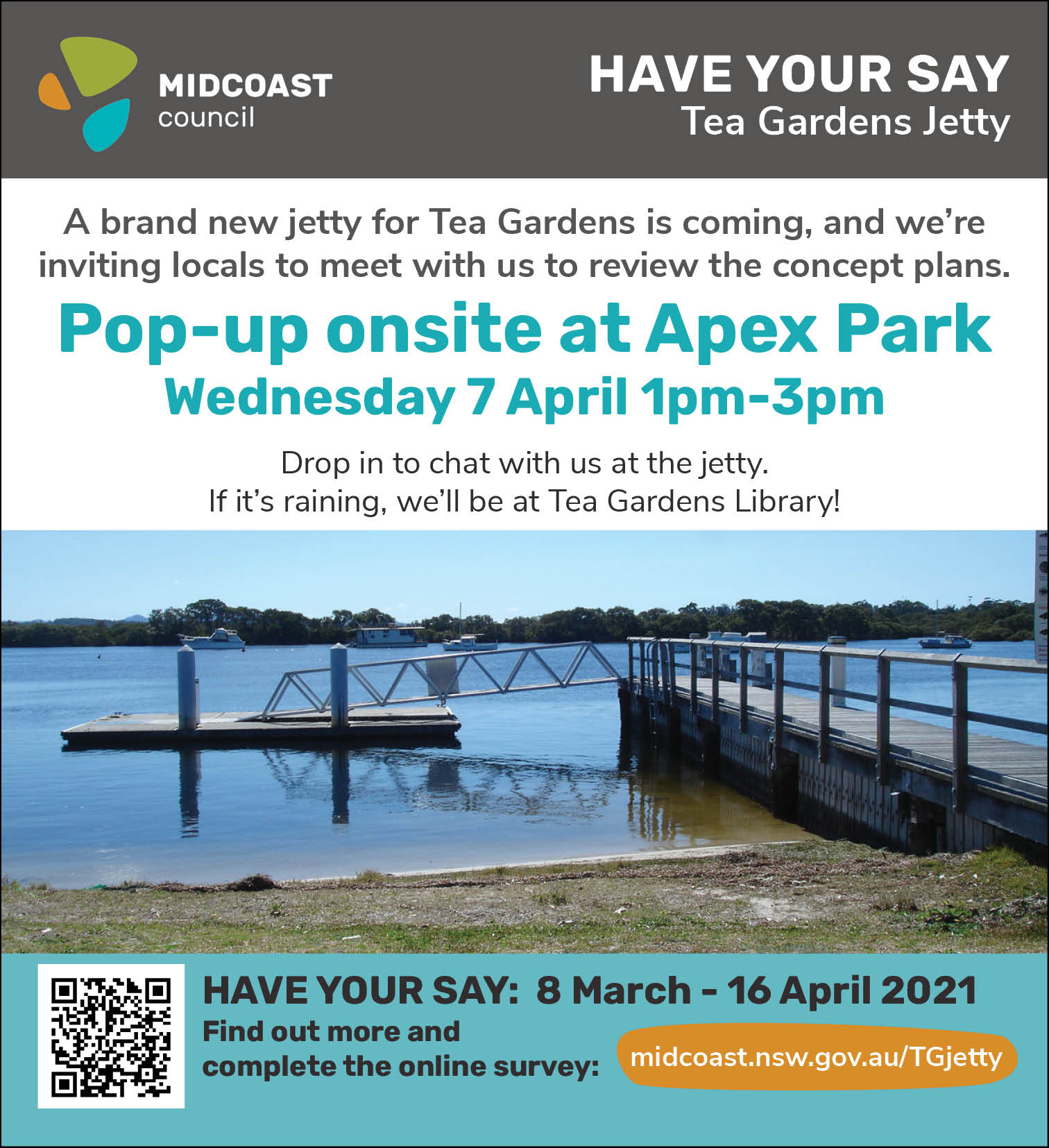 At Battlers Bridge, waters had risen so far that they were touching the bottom of a Give Way sign.

Bulahdelah resident Johanna Conroy luckily had a backup plan when her property lost power and she wanted to catch up on her TV show.

“We lost power for two and a half hours but we pulled out the generator and could still use the internet and watch 007 on Stan!”

Fellow resident Maddie Harvey reported a car caught in water, with the stranded driver sitting atop their stricken vehicle.

His father’s dingo-mix dog Danny, however, was content to pose for a photo while sitting in the water.

The Bureau of Meteorology predicts that the heavy rainfall and extreme weather will continue into this week.

Residents are urged to keep up to date on current weather warnings via the Bureau of Meteorology and NSW Incident Alerts Facebook pages or websites.

Residents are also warned not to walk, ride or drive through flood waters, bearing in mind that it only takes 15cm of flood water to carry away a small car, and floodwaters often have a fast-moving current with hazardous debris.