FEDERAL Member for Paterson Meryl Swanson has called for urgent blood tests for residents affected by PFAS contamination at Williamtown, after a Human Health Risk Assessment failed to provide any reassurances.

“The fact that the NSW EPA has identified gaps in the data and requested more testing so that conclusive advice about the long-term exposure to PFAS can be provided to the community says, to me, that this report is inconclusive,” Ms Swanson said.

“The report itself says the health risk might need to be revised if regulatory guidelines change, as they may well do by the end of this month. The last thing our community needs is more delays and more uncertainty. They are being left in limbo.

“The Federal Government committed to funding blood testing for these residents, and that is what it should do immediately,” said Ms Swanson.

“And where is Marise Payne today? The Defence Minister should be showing leadership and decency on this issue. Both she and the Prime Minister said they would consider buybacks and compensation after this health assessment was conducted, and that is what they should do.” 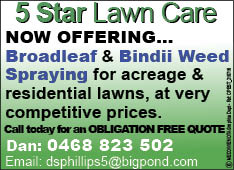 “It is being left to the NSW EPA to look after people’s health. The red zone stays in place, the fishing bans stay in place. And, as well as eggs and milk, people are now being told to moderate their consumption of homegrown fruit and vegetables, meat and poultry.

Ms Swanson said, “Both the US EPA and the World Health Organisation have said PFAS may be carcinogenic to humans. The people of Williamtown want to know: is it safe to stay here, and if not, what do we do and where do we go?  None of these questions are being answered, and today’s report is hardly reassuring.”

Ms Swanson said the NSW EPA appeared hamstrung because it had no regulatory powers over Defence on RAAF bases.

“It’s time for Defence to step up,” Ms Swanson said. “Defence is still polluting, and still trying to hose it down.

“I continue to stand by my community and support them at this trying time.”