Following  last week’s edition of the Myall Coast News that reported on the condition of the Winda Woppa Childrens Playground , Great Lakes Council Manager of Parks and Recreational Services, Mr Andrew Staniland, has offered further information regarding the upgrade works that are still in process. 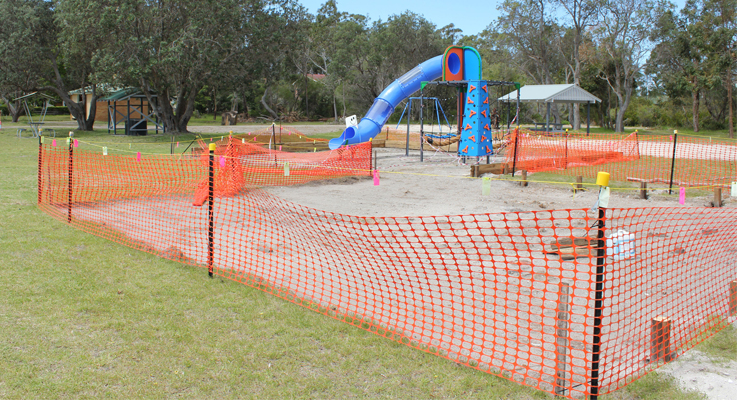 In April this year, Myall Coast News reported that Great Lakes Council had deemed the playground was no longer functional or compliant with current Standards.

Myall Coast News reported last week that despite barriers and caution tape being in place, of concern to the community was that children were still seen using the equipment on a regular basis posing a possible safety risk.

Corresponding with the Myall Coast News on 29 September, Mr Staniland said, “The play equipment has arrived and has been installed by the suppliers. Now Council staff will move the existing swings and add new soft-fall material to ensure the safety of all users in the new playground.”

“Unfortunately, the recent wet weather has put Council’s works program back. Until the soft-fall material is installed, the playground will remain closed as a safety precaution. Council staff are hoping to have the works completed as soon as possible so the children can enjoy the new play space,” he said.