Despite Great Lakes assurances earlier this year, the childrens playground in the Winda Woppa reserve is still in a state of disrepair as the busiest holiday period of the year looms closer. 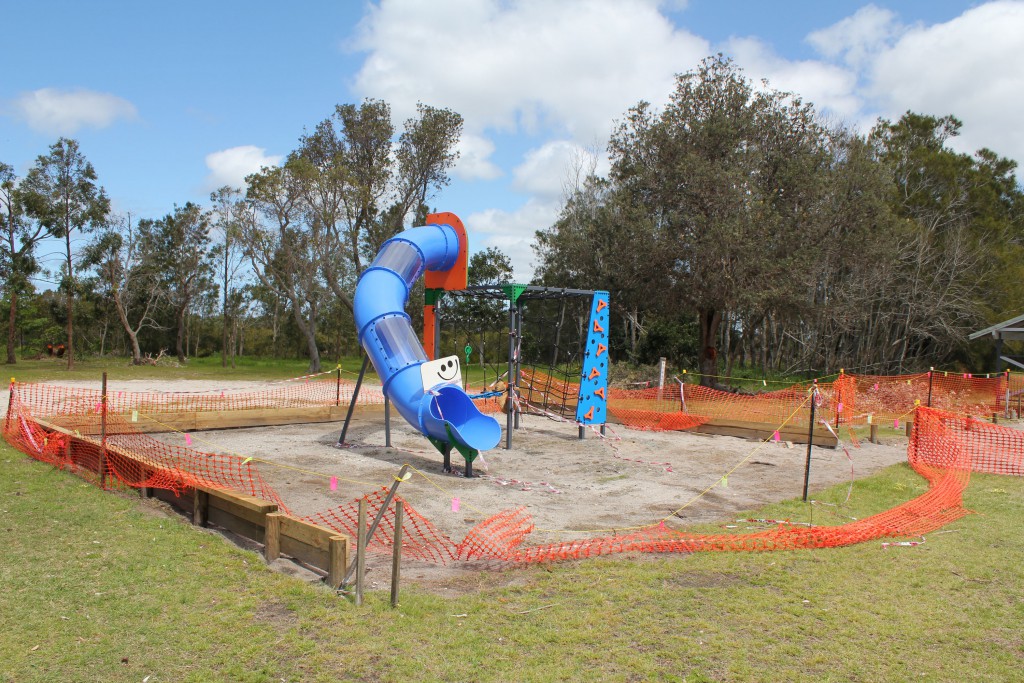 The Myall Coast News reported back in April that council are aware of the issue and that no timeframe was nominated to repair the existing issues.

Andrew Staniland from Great Lakes Council at that stage had advised the Myall Coast News that a number of issues had been identified and that the equipment should not be used.

“Inspectors have identified finger entrapment and rust issues with the equipment and it has been barricaded to prevent use,” he said.

Although it appears that some works have been performed since April, the barricades and caution tape are still evident on site. Despite the barricades, children are still seen regularly using the equipment which pose a risk to their safety.

Myall Coast News brought the condition of the playground to the attention of a Great Lakes Council employee on Saturday 26 September who took a note to follow up on the repair process.

Myall Coast News will attempt to contact Andrew Staniland this week to have an updated status confirmed.