WIRREANDA Public School is one of the largest schools classified as a Defence/RAAF school, supporting students whose parents serve and work from Williamtown RAAF Base. 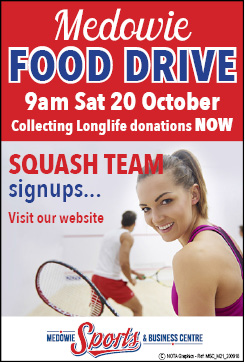 This term, the Number 278 Squadron based at RAAF Base Williamtown hosted students and teaching staff from Wirreanda Public School, Medowie.

The visit program included the opportunity for students to engage in a range of interactive activities and to view an F/A-18 Hornet.

RAAF Base Williamtown has an enduring connection with the Wirreanda School community. With a significant proportion of Defence Families living in Medowie and surrounding suburbs, Wirreanda Public School has one of the highest numbers of attending students in the region who have a Defence connection; with their parents either serving in the ADF or engaged in employment as Defence contractor at RAAF Williamtown.

The Wirreanda Public School visit acknowledged the important relationship the Base and Defence families have as part of the local community.

It is a relationship that RAAF Base Williamtown values and continues to foster and maintain through its visit program and other community engagement initiatives.

Wirreanda Public School has a Defence School Transition Aide (DSTA), who provides support to Defence students and their families.

Wirreanda’s DSTA, Karen Schieb, told News Of The Area, “We were so proud to be asked to have this visit on base to view the F/A-18 Hornet.”

“We take our relationship with the Williamtown RAAF Base very seriously, and are focused on providing the best support to our students and their families that we possibly can.”