IN a sign that even in a close knit community like Medowie, people are interested in forming new community groups with like-minded people, eight Medowie women gathered this weekend to organise such a group.

The women are keen to expand to include others in Medowie and surrounding areas.

Unlike how they view other groups in Medowie, this group is after a hands on approach in a group that covers indoor and outdoor activities.

Their idea is that it is based on a Women’s Shed idea.

These community groups, which have been inspired by the original and highly successful Men’s Sheds operate in other localities such as Forster, Port Macquarie, Orange, and interstate in Victoria.

The difference is that this group is being set up as an independent group, with no affiliations to existing organisations.

Ms Liz Stephens, once of the organisers told Medowie News Of The Area, “This is what we need, a women’s group.” 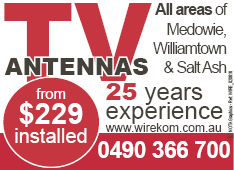 Ms Deb Jackson, a member of the group, told Medowie News Of The Area, “We women we give out all the time.”

“We wear so many hats, and sometimes hats get stuck, we need to put the fun hat on for once.”

The aims of the group are: networking with locals, skill sharing, supporting each other and the community, holding working bees, fundraising, workshops with a DIY project based focus, and advocate on issues that impact women in the community.

Ms Flick Schmitt said, “We want to create a safe and supportive environment for all women in Medowie and surrounds.”