WOOLGOOLGA’S hugely popular summer six a side soccer competition had its long-awaited kickoff on Thursday 16 December, after a Covid-induced year off.

The Woopi Six-a-side committee announced the postponement of the 2020/21 competition in September last year due to Covid-19 restrictions.

The first game of the 2021/22 season drew large crowds last week with participants from the 96 teams and spectators eager to celebrate the competition’s commencement this year.

Woopi Six-a-side committee secretary Cheryl Midavaine said it was very exciting to have the competition up and running again.

“Last Thursday there were alot of very happy people up there finally getting a run and enjoying community sport,” Cheryl said.

“There was a really great buzz happening up at the fields, especially not having it last year.

The competition is at full capacity again this year, as it was in the 2019/20 six-a-side soccer season.

This year the competition, which usually commences in October, was delayed until 2 December then delayed a further fortnight until Covid-19 health restrictions were eased for all in the community to maximise local participation in the competition.

The competition is being extended later than normal into 2022 to maximise the number of games that can be played by competitors.

There are three main divisions in the competition including the Mini World Cup division which comprises primary school students from years 1-6, the Grommets division for high school students in years 7-10, and the Senior division comprising mens and womens teams and mixed teams.

A total of twelve games will be played during the competition at Woolgoolga’s High Street soccer fields every Thursday evening. 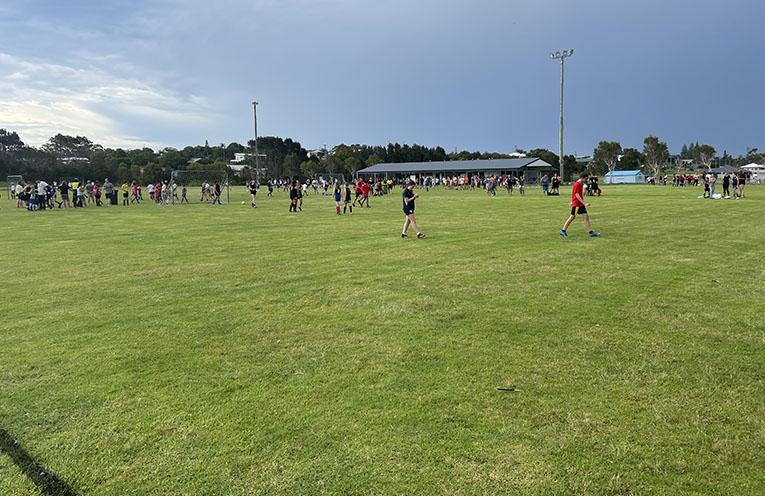