WORLD Pickleball Day (WPD) is coming to the Port Stephens region with the Pickleball Seniors Group at the Nelson Bay PCYC planning a dinking (that’s right, not drinking!) session to be held on Thursday 8 October between 1 and 3pm.

“All are welcome to come and find out about this game with the silly name that was named after the inventor’s dog and have a play,” said Magaret.

“We recently had Tony Morgan, who is a qualified coach and Vice President of Pickleball Association NSW, out to show us the art of dinking.

“We plan to show interested players some of these skills on Thursday 8 September for WPD and everyone can have a go!”

Dinking is the essence of Pickleball according to Margaret and it’s what makes it unique from any other racquet and ball sports.

“It involves soft controlled shots hit on the bounce over the net in a non-volley area called the kitchen,” said Margaret.

“It can take more skill to dink than to hit power shots from the baseline!”

The Nelson Bay PCYC has also received a grant to install three permanent pickleball courts on the existing indoor basketball court in 2021.

They plan to install the courts in the January school holidays with an eye to expand organisational play and increase playing capacity. 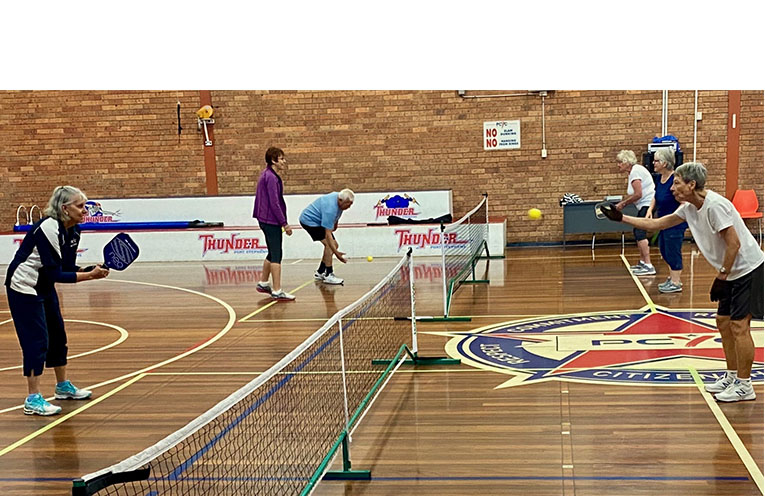