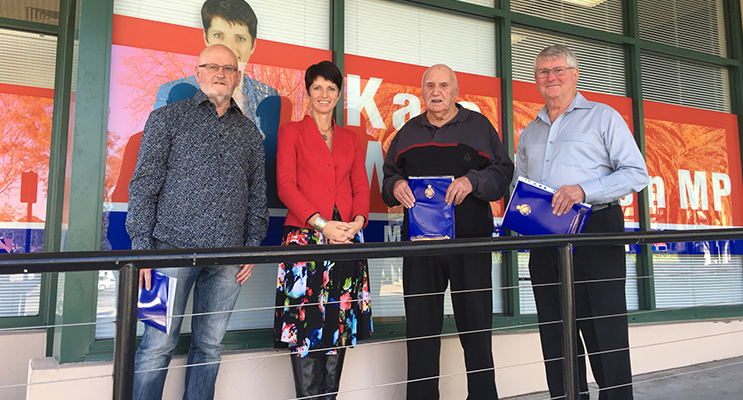 Mr Brian Debus of Bobs Farm, Mr Adrian Everitt of Fingal Bay and Mr Norman Jackson of Salamander Bay were each recognised their contribution to the local community over the past half century during an afternoon tea with local MP Kate Washington. The award, signed by the NSW Attorney General, is